From New York Times bestselling author Aleatha Romig comes a brand-new dark romance, Ashes, set in the same dangerous world as Sparrow Web. You do not need to read the Web of Sin or Tangled Web trilogy to get caught up in this new and intriguing saga, Web of Desire.

“From what I’ve tasted of desire, I hold with those who favor fire...” ~ Robert Frost

Patrick has awakened a fire I forgot existed. Will this renewed desire warm my soul or consume my world?
Is it too late?
Will the life we yearn to have survive the ashes?ASHES is book three of the WEB OF DESIRE trilogy that began with SPARK, continued with FLAME, and concludes in ASHES. 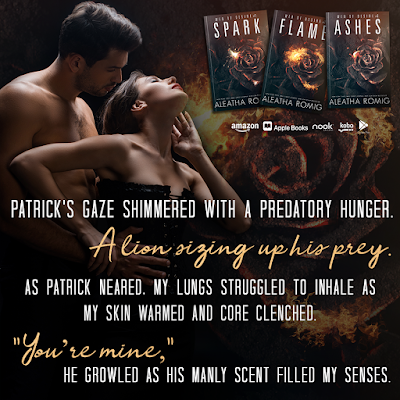 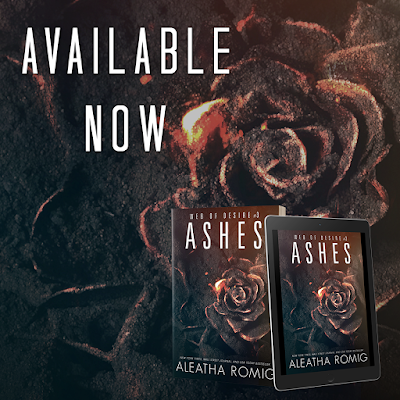 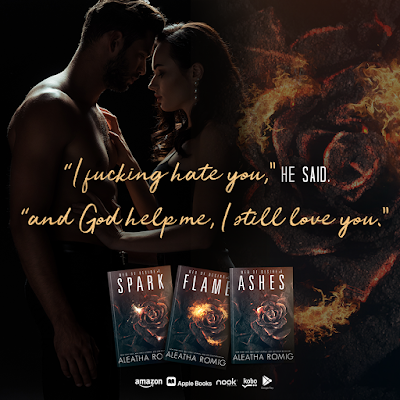 Spark & Flame - book 1 & 2 of the Web of Desire Trilogy and is available NOW!

The surprises just keep on coming!

Patrick is going insane as he plans to save Maddie from Marion's grip.  This may be easy or it may go bad, but in the end, he must try and get his family together once and for all.

The past is never forgotten.  For Maddie, she put away the past and just focused on surviving for the past 17 years.  Now, as she wonders what the future will bring, all the memories of what she did to survive haunts her.  All she can think of is making sure Ruby will survive this unscathed.

Revenge may be a dish best served cold, but for Patrick and company, revenge is the only way to ensure the past will not threaten their future.  Never before did they ever imagine the darkness and monsters that surround them were as depraved as they were finding out.

Posted by As You Wish Reviews at 9:51 AM
Labels: New Release, Review