“I excelled at many things, but the one thing I hadn’t mastered was losing with grace.” Macalister Hale 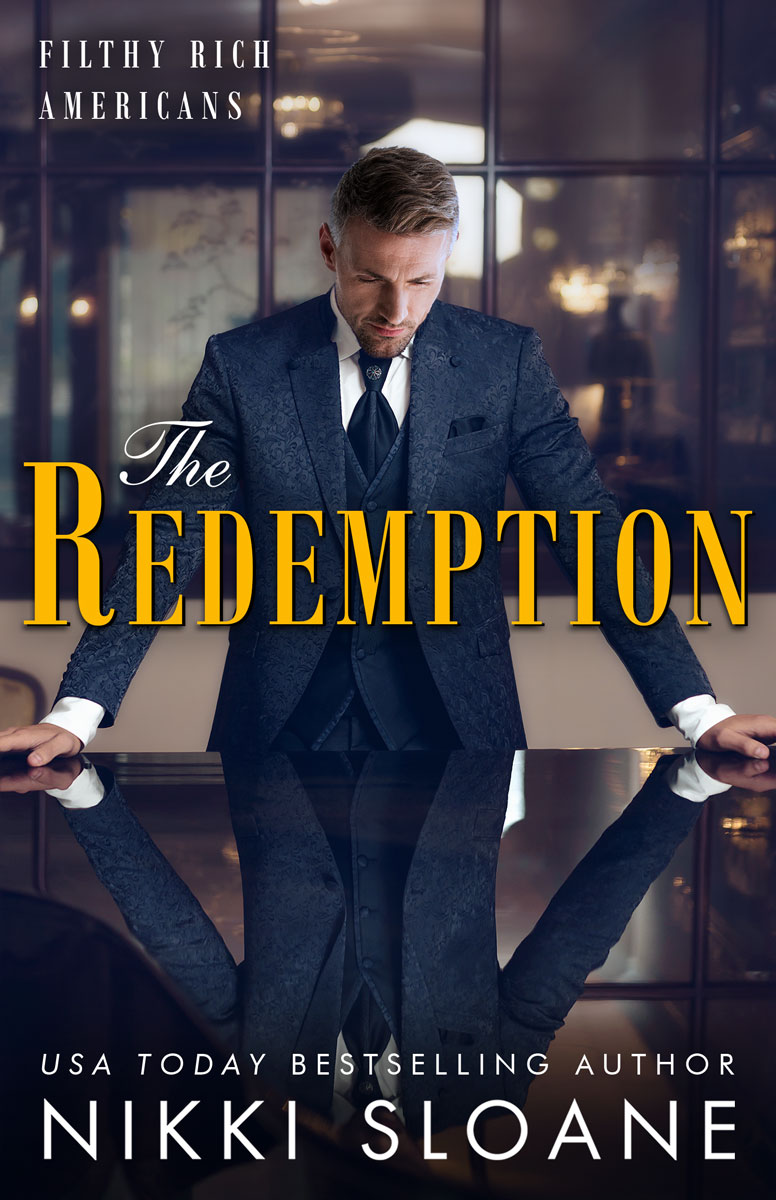 Once, the name Macalister Hale was uttered in the boardroom with respect. Now, it’s whispered in disgrace at cocktail parties hosted by Boston’s elite.
Scandal nearly destroyed me, but the one thing larger than my infamy is my bank account, and I’ve learned money can solve anything.
Well—almost anything.
Sophia Alby’s preferred currency is secrets and the way she trades information puts Wall Street to shame.
This girl charges into my life and claims a partnership can restore my reputation. My downfall was swift, but with her, my climb to redemption will be greater.
Our arrangement is professional. Appropriate. It has to be, because she’s half my age. But it doesn’t stop me from wanting . . .
To move on. To control and indulge in her. To hear the name Macalister Hale echo in her breathy moans.
But I can’t. Giving in to temptation led to my undoing before, and I won’t survive it a second time.
To the rest of the world I’m the villain, but to her? I’ll be the hero.
The Redemption is book four in the Filthy Rich Americans Saga and is Macalister Hale's story. 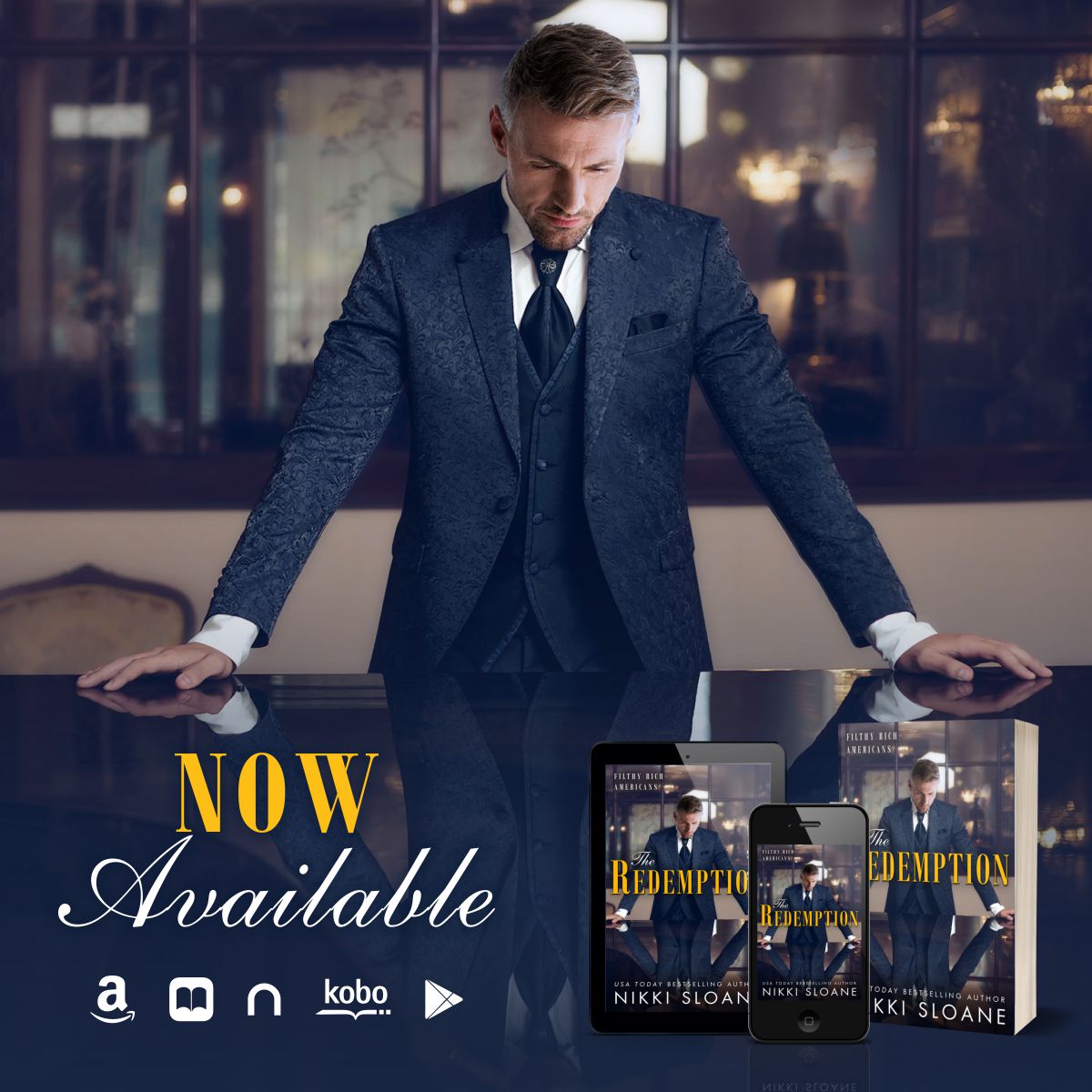 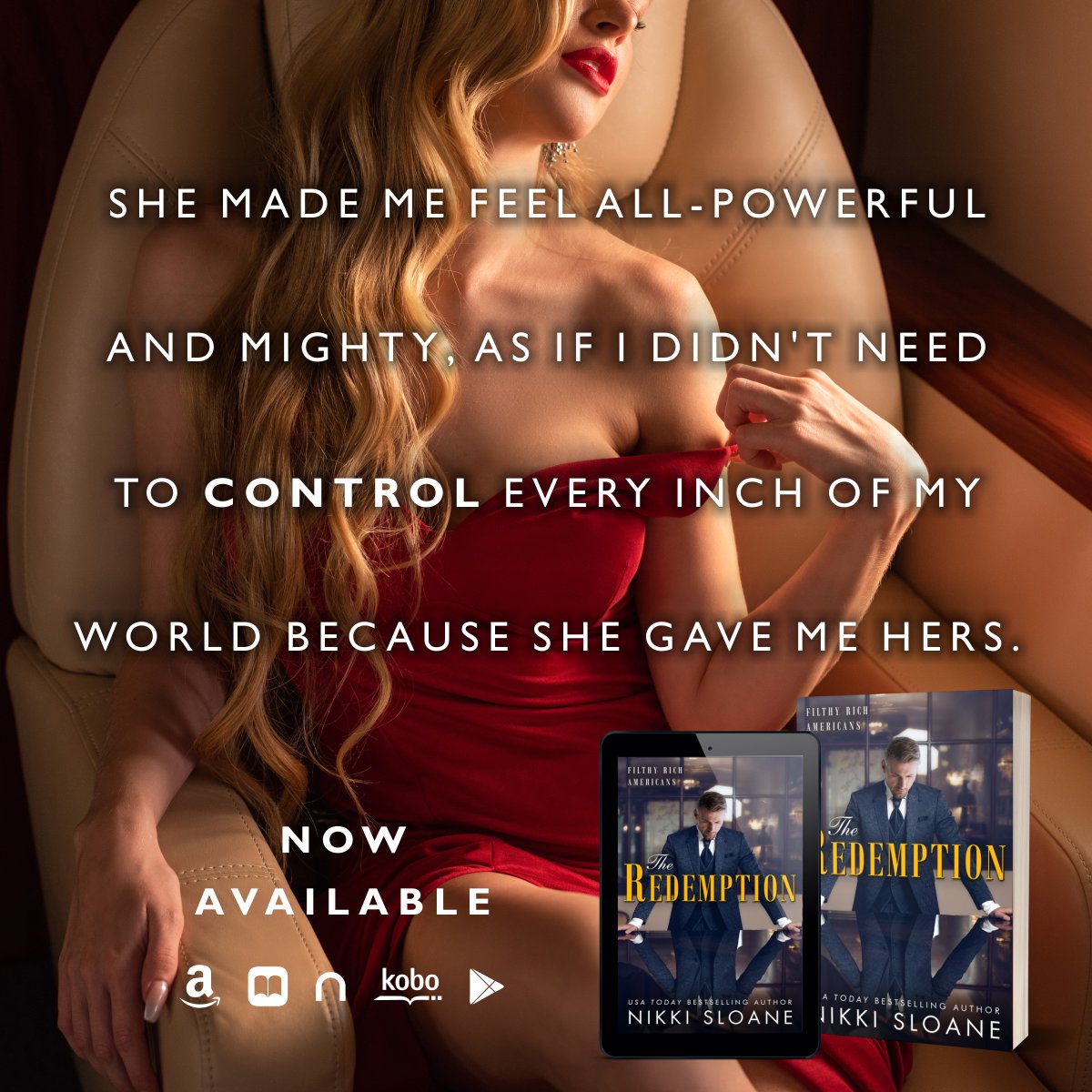 About Nikki:
USA Today bestselling author Nikki Sloane landed in graphic design after her careers as a waitress, a screenwriter, and a ballroom dance instructor fell through. For eight years she worked for a design firm in that extremely tall, black, and tiered building in Chicago that went through an unfortunate name change during her time there.
Now she lives in Kentucky, is married and has two sons. She is a three-time Romance Writers of America RITA© Finalist, a Passionate Plume winner, a HOLT Medallion finalist, and couldn't be any happier that people enjoy reading her sexy words.
Connect with Nikki:
Amazon: http://amzn.to/1SbBUyM
Facebook: https://www.facebook.com/nikkisloaneauthor/?fref=ts
Twitter: https://twitter.com/AuthorNSloane
Stay up to date with Nikki by joining her mailing list: https://www.nikkisloane.com/newsletter

Macalister is back!  Having spent two years in jail for manslaughter, he now needs to redeem himself.  This is a tough act for a man who NEVER says "sorry" or apologizes.

When Sophia presents him with a deal that will both redeem his public personae and help him personally, he makes a bet with her.  If she delivers, she will be richer by $5M.  She has other goals she will not disclose at this time, but he is confident she will tell him her secrets soon enough.

This is a journey of transformation, although reluctantly, as Macalister realizes he must change in order to succeed.  Sophia is catalyst he needed to open his eyes and soul as he becomes the man he used to be before he lost his first wife.

Posted by As You Wish Reviews at 9:54 AM
Labels: New Release, Review