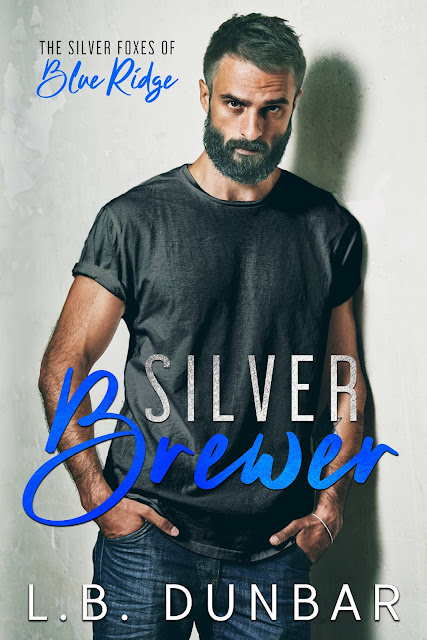 
She has her reasons, and this muscular mountain of masculinity isn’t going to get in her way. However, her heart has a different plan after she accepts his crazy conditions: three nights up on the ridge.
George Harrington is a quiet, giant of a man.
No sale, Cricket.
He’s a war hero, a widower, and COO for the family brewing company, but his life lacks spontaneity. Then, she arrives, chirping away at him, roaming his body with those sky-blue eyes, and negotiating for something he won’t put a price on. Too bad his heart is immediately sold.
With the challenge accepted, this silver fox can no longer deny his desires for something a little different.
+++
Welcome to Blue Ridge where sexy silver foxes meet their match of feisty vixens.
The Harrington brothers are a spin-off from Second Chance, but don’t you worry, this over 40 romance can be enjoyed as a stand-alone. 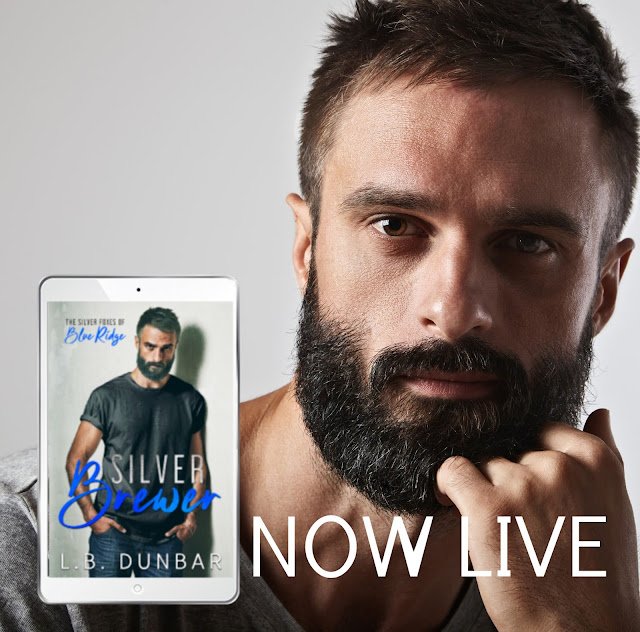 
Bibliophile Chloe - “Ms. Dunbar doesn't fail to amaze me with her writing of mature characters, still full of life, still wanting to find love and the holy hotness of the chemistry and smexy times!”


Cee Cee Houston - “L.B. Dunbar has found her niche. The over 40’s is definitely a trope she does extremely well.”

“Before you try to steal my land, perhaps you should learn a thing or two about it.”


I stare up at him as his expression turns virile.


“I know this piece of property could earn you millions.” I look beyond him, taking in the small bit of landscape I can see around his broad hips and crossed arms.
“I told you, I don’t want the money.” He scoffs. “I’m talking about dirt under your toes. Wind in your face. Stars in your eyes.” His eyes nearly dance as though he has undisclosed information he’s waiting to share with me, and strangely, I want to know his secret. And though dirt under my toes doesn’t sound pleasant, it doesn’t sound terrible either.
Still.
Tell me. Tell me all your wisdom and woes. I swallow with the intensity of his glare and rub a hand down the thigh of my jeans.
“Okay, so I’m not Pocahontas. How would I learn?” My voice cracks, sounding meek. Teach me, Yoda.
“From the land.” He pauses. His crossed arms bulge before me and lift with the heave of his frustrated inhale. What would those arms feel like around me?
“And your land will just teach me?” Oh God. Did my voice just drop? Did I exaggerate your land, implying something other than the greenery around us? Damn Marcus and his damnable innuendos, but if this man means I can hike his landscape, I volunteer as tribute. “How?”
“Camping.”
“What?” I stammer. My mouth falls open.
“Camping. Three nights of roughing it and then I’ll think about your proposition. You break before that and no deal.”
My proposition? Did I proposition him? Can he see the images racing through my mind? I want to do all kinds of things to him, starting with the body part closest to me. My heart races, and my sweaty palms…sweat more. My breath catches.


Anything whispers through my mind along with the song “Colors of the Wind.”


My eyes narrow. My heart thuds to a screeching halt.
This is crazy.
But I slowly rise, pressing up on my thigh as I stand. I come to my full height, which doesn’t quite match his, but with the help of the two step difference, I’m close. My gaze meets his fiery eyes. There’s one thing this man needs to learn about me. I like nothing more than to prove others wrong.
“Challenge accepted.”

When a man is named Giant as a nickname, you know what to expect. He is also a middle aged man who has experienced war and great loss in his life. Now, all he wants is peace and quiet, a beer, and a hike through his wonderful land.

All is seemingly fine, until Letty is given the assignment to go and purchase the land Giant owns so her uncle's realty firm can make a ton of money. Let's face it. Letty is not the best sales person, but she is the most motivated woman you ever met. No matter what she does, or what her good intentions are, she always manages to mess up. So, imagine Giant, a man who does not talk much and loves silence. Add Letty, who talks incessantly when she is nervous (and Giant makes her very nervous). And you have the recipe for an incredible hike through Blue Ridge.

You would never expect these two characters would have so much in common. They both are lonely. Both of them also have a longing for a real family and a connection to another human being that will put some sazz into their lives.

L.B. Dunbar loves the sweeter things in life: cookies, Coca-Cola, and romance. Her reading journey began with a deep love of fairy tales and alpha males. She loves a deep belly laugh and a strong hug. Occasionally, she has the energy of a Jack Russell terrier. Accused—yes, that’s the correct word—of having an overactive imagination, to her benefit, such an imagination works well. Author of over two dozen novels, she’s created sexy rom-coms for the over 40; intrigue on an island; MMA chaos; rock star mayhem, and sweet small-town romance. In addition, she earned a title as the “myth and legend lady” for her modernizations of mythology as elda lore. Her other duties in life include mother to four children and wife to the one and only. 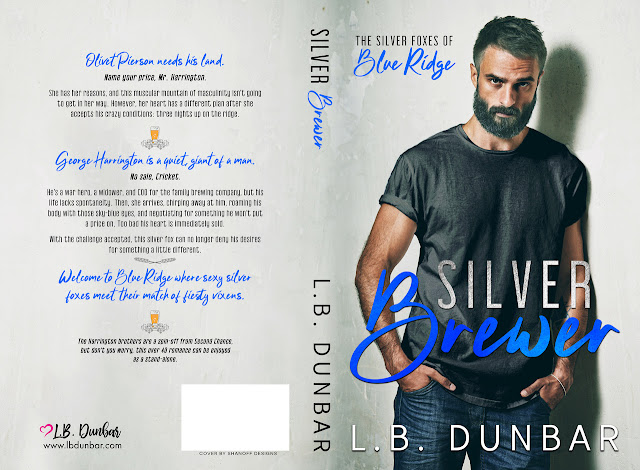 Posted by As You Wish Reviews at 8:46 AM
Labels: New Release, Review