ABOUT DIRTY RICH SECRETS: PART ONE 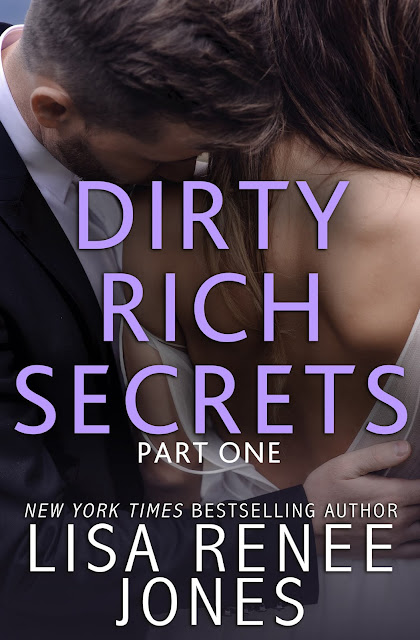 He was passion and the reason I breathed. I loved him, trusted him when life taught me to trust no one. He was nothing I thought he was. He wasn’t even the man he said he was. He was dangerous. Everyone told me to hide, to run, but now he’s back. He came for me and I’m not running at all. Because he’s still the man that gave me a reason to breathe and if that’s dangerous, that’s a risk I will have to take. Ashley's story - you met her in Dirty Rich Cinderella Story, and now she's ready to tell her story. You do not need to read any book prior to this one.

BUY DIRTY RICH SECRETS: PART ONE
Apple → https://apple.co/31HJry4
Amazon Universal → http://mybook.to/DRS
Nook → http://bit.ly/2KrybjH
Kobo → http://bit.ly/31HL92f
EXCERPT
All the warnings about him play in my head. He’s dangerous. He’s a killer. He’ll wipe out anything and anyone in his path. “What are you going to do to me now that you’re here?” “This,” he says, and before I realize his intention, his mouth closes down on mine, a deep slide of his tongue that I feel from my head to my toes, and I try to resist. I do, but he tastes like the only man I’ve ever loved. He feels like the only man I’ve ever loved. He smells like the man I thought I’d marry. He’s the only safe place I’ve known my entire life. For just a moment, or two, or ten, I need him to be that man. I sink into the kiss, and I kiss him with all that I am and will ever be, and it’s such a passionate kiss, such a perfect kiss, the kind that fills up every empty place I’ve ever known and overflows with this man. “Do you feel us now?” he asks, tearing his mouth from mine. “Of course, I do,” I whisper. “Because you made me love you. I can’t just turn that off. I want this, and us, to be real, but it’s not.” “We are what’s real. I’m going to make you feel that.” And then he’s kissing me again, and I know I’m a crazy person, but I don’t fight him. If he’s going to kill me, he’s going to kill me. There’s no fighting him, but fear isn’t what I feel. I’ve been so alone without him. And I’m still so in love with him. If I’m going to die, at least I want to live in the fantasy of this man loving me one more time. Just that thought has me pressing my hands under his shirt to feel his hot, hard muscle beneath my palms. He pulls his shirt over his head, and then he’s pulling jacket and shirt off before our mouths collide again, and he’s taking us down on the mattress. We’re side by side, facing each other, and he catches my leg with his. “I missed the hell out of you, woman,” he says, his voice low, gravelly, guttural. Like he means it. I feel him and us in that moment. It feels real, but it always did. We were the most real thing I have known in my life, and that’s terrifying. He’s terrifying, but as his mouth closes down on mine, the possessive, hungry taste of him touching my tongue, I remind myself I’ve decided to live the fantasy one last time. I need him. I want him. I hate him. I love him. He presses me to my back and never stops kissing me. His hand pushes down my bra, his fingers teasing one of my nipples. I moan, and there is a vibrating sound from somewhere. “Fuck,” he murmurs. “That’s our warning, baby.” “Warning? What does that mean?” “I’ll make this all up to you, Ashley. I promise. I promise, baby. I will make it up to you, but right now, I need to protect you.”
THE REST OF THE STORY 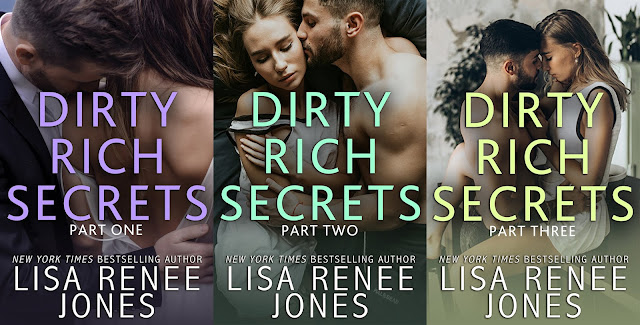 New York Times and USA Today bestselling author Lisa Renee Jones is the author of the highly acclaimed INSIDE OUT series.
In addition to the success of Lisa's INSIDE OUT series, she has published many successful titles. The TALL, DARK AND DEADLY series and THE SECRET LIFE OF AMY BENSEN series, both spent several months on a combination of the New York Times and USA Today bestselling lists. Lisa is also the author of the bestselling WHITE LIES and LILAH LOVE series.
Prior to publishing Lisa owned multi-state staffing agency that was recognized many times by The Austin Business Journal and also praised by the Dallas Women's Magazine. In 1998 Lisa was listed as the #7 growing women owned business in Entrepreneur Magazine.
CONNECT WITH LISA
Facebook ➜ https://www.facebook.com/AuthorLisaReneeJones
Newsletter ➜ http://lisareneejones.com/newsletter-sign-up/
Bookbub ➜ http://bookbub.com/authors/lisa-renee-jones
Amazon ➜ https://amzn.to/2MoWosB
Twitter ➜ https://twitter.com/LisaReneeJones
Instagram ➜ http://instagram.com/lisareneejones
Goodreads ➜ https://www.goodreads.com/LisaReneeJones

Prepare yourself for another rollercoaster ride of excitement!

Noah lied to her.  Only 3 weeks before their wedding, Ashley was confronted with the truth.  Her life was in danger and the only way to survive was the safety of witness protection.  Now, with a new identity and living in a new city, she cannot help but feel someone is watching her.  Will she ever know peace?  I don't think so!  Not for now, anyway.  She is found and the running for her life begins again.  She knows how to use a gun, but is she able to shoot someone if she needs to?

And whatever happened to Noah?  Is his name Noah or Aaron?  Is he one of the good guys or is he a killer like they told her?