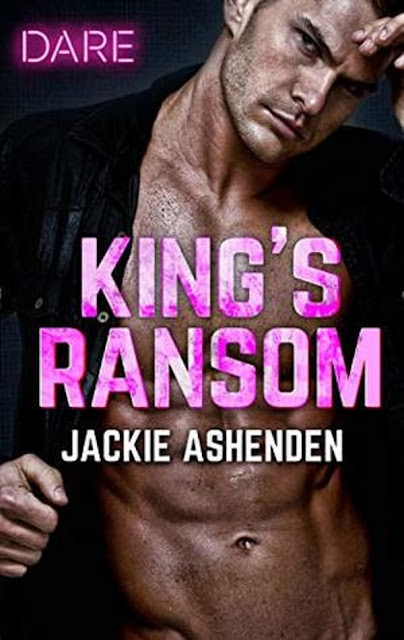 
The third book in the red-hot Kings of Sydney trilogy sees Ajax King kidnapping a rising crime lord’s daughter, Imogen White. His bargaining chip is her innocence, but when all Imogen wants is to feel the raw masculinity of the eldest King, Ajax is tempted to free her from her gilded cage for good…

Decades of being the eldest son of the biggest crime lord in Sydney doesn’t leave a man without scars, and mine run deep. Now I’ll do almost anything to destroy Sydney’s criminal underworld—even kidnap my enemy’s delectable daughter. Imogen White is pristine. Perfect. And if her father won’t leave Sydney for good, then I’ll take the one thing he prizes above all—and make her mine!

Only Imogen isn’t quite the innocent I thought. She wants to be freed from her gilded prison, and damn if she isn’t looking for a little carnal education in return. She’s primal incarnate. Just like me.

But I’m no knight in shining armour. I live cold and hard. I want nothing. I need nothing. The ends alwaysjustify the means…and no one—not even a sweet little spitfire like Imogen—will thaw the ice around my cold heart. No one.

Ajax King is bound and determined to reinstate the honor of his family.  Now that his father is in jail, he must protect his city of Sydney from gangsters.  Only one is left - William White, his father's bitter rival.  Ajax must force him out of his city.  This would be the only way to give the city a chance to survive the horrors of such a man conducting White's crime business.  The only weakness White has is his daughter.  Not because he loves her, but because she is one powerful tool he can use to ensnare more power.  She is a virgin and married to the right person, she can bring more power and influence into White's control.  Kidnapping Imogen could prove to be the best idea he has ever had!

Little did Ajax imagine Imogen was not the quiet, submissive girl her father made her appear to be in public.  Ajax will soon his hands full, and his ears exploding, once Imogen is set free and under Ajax's control.

This is an imaginative story of two opposites - the King who knows all the ins and out of evil and the naive but brilliant Imogen, with all her life force and blazingly bright outlook on life.

I am voluntarily reviewing this book.  Thanks to the publisher for sharing a copy with me.

Posted by As You Wish Reviews at 9:20 AM
Labels: New Release, Review