In MOST VALUABLE PLAYBOY, the NFL starting quarterback Cooper Armstrong needs his best friend’s sister to pretend to be his girlfriend. Violet is willing, but neither one expects their boyfriend-girlfriend scrimmage to turn into a full-contact sport so quickly. Find out if their fake play will become the real deal or if they can turn back the clock to when they were just friends in this sexy new standalone sports romance!


Now available on all retailers! Get your copy delivered now!

Hands down, my favorite thing in the world is to score. Touchdowns.

Don't let the fact that I'm the leading pick in the Most Valuable Playboy charity auction fool you. These days, I'm only a player on the field. I've kept my pants zipped all season long -- and it has been long -- because nothing's more important than leading my team to victory every week. Except maybe escaping from the team owner's recently-widowed and handsy-as-hell sister who's dead set on winning more than a date with me.

She's my best friend's sister with a smile as sweet as cherry pie and a mind that runs quicker than the 40-yard-dash. After Violet saves the day with the highest bid, I don't even give her a two-minute warning before I kiss her in front of the whole crowd and then announce that she's my girlfriend. Which would be fine except my agent tells me we have to keep up the act while he's negotiating my contract. Violet takes one for the team and pretends to be mine, but our boyfriend-girlfriend scrimmage quickly turns into a full contact sport, and I want it to go into overtime. The problem is -- I've been riding the bench for years.

How can a guy like me, who finally has a chance to prove his worth on the field, convince the girl she’s most valuable to his heart?

MOST VALUABLE PLAYBOY is a brand new standalone sports romance written in the guy’s POV!

10% of the proceeds from the release day sales along with a portion of pre-orders across all retailers of MOST VALUABLE PLAYBOY will be given to the Hurricane Harvey Relief Fund and Houston Humane Society to help those in need from the natural disaster.

✦The audiobook is narrated by Zachary Webber! Grab your copy today! http://adbl.co/2gbiHT2✦

"Lauren Blakely is a master at writing sexy, engaging stories that draw you in and make you fall in love with her characters. A definite go-to author for me!" - NYT Bestselling Author Melanie Moreland


“Lauren Blakely never ceases to amaze me with her sense of humor, her talent to write fabulous heroes and heroines and to pull an A game with a male POV. Most Valuable Playboy is a real treasure. - Becca at Little Read Reading Hood

“The slow burn, the teasing, the kisses, OH THE KISSES!!! MOST VALUABLE PLAYBOY exceeded all of my expectations. Lauren Blakely has a knack for making a reader fall for her characters." - Jess at Jo and Isa Love Books Blog

Maxine’s eyes laser in on me, and she slashes an arm through the air. “Five thousand dollars,” she says, jacking the price up by nine hundred and staking her claim. I shudder inside.

My stomach plummets when the business woman shakes her head.

“Going once?” Sierra asks, scanning the tables, looking for perhaps one last big spender. My eyes scan the crowd, too. Hell, maybe I’ll find an escape hatch. A trapdoor to drop into and disappear like in a magic act. Maybe Trent will learn to read my mind. Trent, I’ll cover you for anything you bid. Just raise that hand, name a price, and save me.

My best friend’s expression is merely curious now as he watches Maxine and Sierra, waiting for the verdict. My opportunity to play yard boy slips through my fingers.

A flash of chestnut brown hair in the back catches my attention. A flurry of silver. It’s Violet, hands in the air, wildly flapping over her head in the middle of the ballroom. She brings her finger to her nose. And she’s tapping it, like fucking Santa Claus coming down the chimney, and Harlan tapping his nose to signal his agent, and all the greatest solutions in the universe at once.

It hammers in my chest. This is like finding an open receiver a second before you’re sacked.

“Going twice,” Sierra says, trailing off as she waits.

Holy shit. Violet does not mess around with my money. Her eyes widen, as if she’s surprised she bid that high.

My gaze finds Trent. He’s staring at his sister, slack-jawed.

Sierra’s smile is bright and wide. “Ten thousand dollars. Do we have ten thousand, one hundred?”

The room is hushed. Maxine’s expression is blank. She must be shocked. She probably didn’t expect anyone to vie with her to this extent.

I say a silent prayer. I cross my fingers. I hope.

Maxine blinks, opens her mouth, and I steel myself for a disgustingly high counter bid.

But there’s only silence. No words come. Violet has shocked her speechless. This type of bid wasn’t in Maxine’s playbook.

Sierra raises her arm. “And a night with the quarterback is sold for ten thousand dollars.”

Talk about a Hail Mary.

This is a hilarious ride to a mind bending romance! Lauren Blakely's Most Valuable Playboy has stolen my heart!

Cooper has been called all sorts of names. No Action Armstrong. Best Butt in the NFL. He has spent his first three years in the NFL benched while the team's star quarterback played on. Finally, the star has retired. This is Cooper's season to shine and nothing is going to stop him from showing his worth to his team. Not even Jillian (the team owner's recently widowed sister!) who is on the prowl to swallow "his whole enchilada"!

At a charity auction, Jillian is winning the bid for a date with him. Enter his best buddy's sister, Violet, to save the day! One thing leads to another and Cooper plants an unbelievable smoocharoo on Violet in front of everyone. Now, they all think they are engaged! Thank goodness Violet is a good sport! She does not miss a beat and the illusion is complete. Only, is it an illusion or are these feelings real?

Football players are notoriously superstitious. Cooper is no different. He and his buddies have a winning streak going on and they each have sacrificed something in order to win. In Cooper's case, SEX. Yes, you know it! No sex while they are on a winning streak!

This is a fast paced romantic comedy. Scorching hot and sensual, it is a diary of how two people can fall in love amidst the pressures of a lie and a promise of no sex to bring in a winning season. No one does it better than Lauren Blakely. I guarantee you will be roaring laughing as well as titillated!

Add it to Goodreads here!

Lauren’s Most Valuable Playboy Team Spirit Prize Package Giveaway! This bundle is valued at $450 and includes a Coach Handbag ($300 value) and $150 Stub Hub Gift Card to use for tickets to the game, your favorite concert, or theater performance. 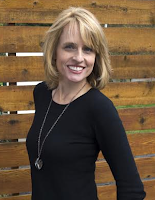 About Lauren Blakely: A #1 New York Times Bestselling author, Lauren Blakely is known for her contemporary romance style that's hot, sweet and sexy. She lives in California with her family and has plotted entire novels while walking her dogs. With fourteen New York Times bestsellers, her titles have appeared on the New York Times, USA Today, and Wall Street Journal Bestseller Lists more than eighty times, and she's sold more than 2 million books. In September she'll release MOST VALUABLE PLAYBOY, a standalone sports romance. To receive an email when Lauren releases a new book, sign up for her newsletter! laurenblakely.com/newsletter