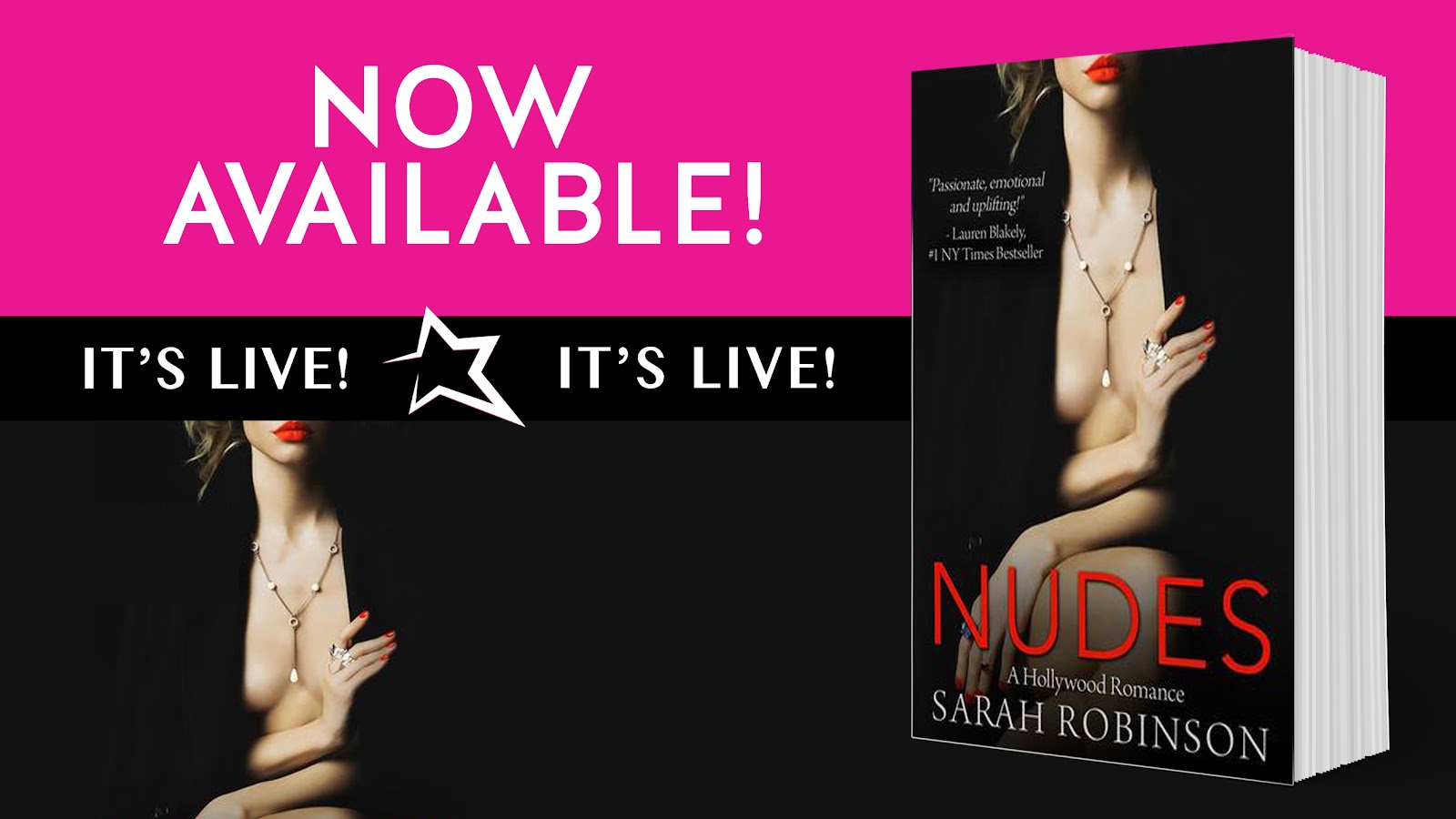 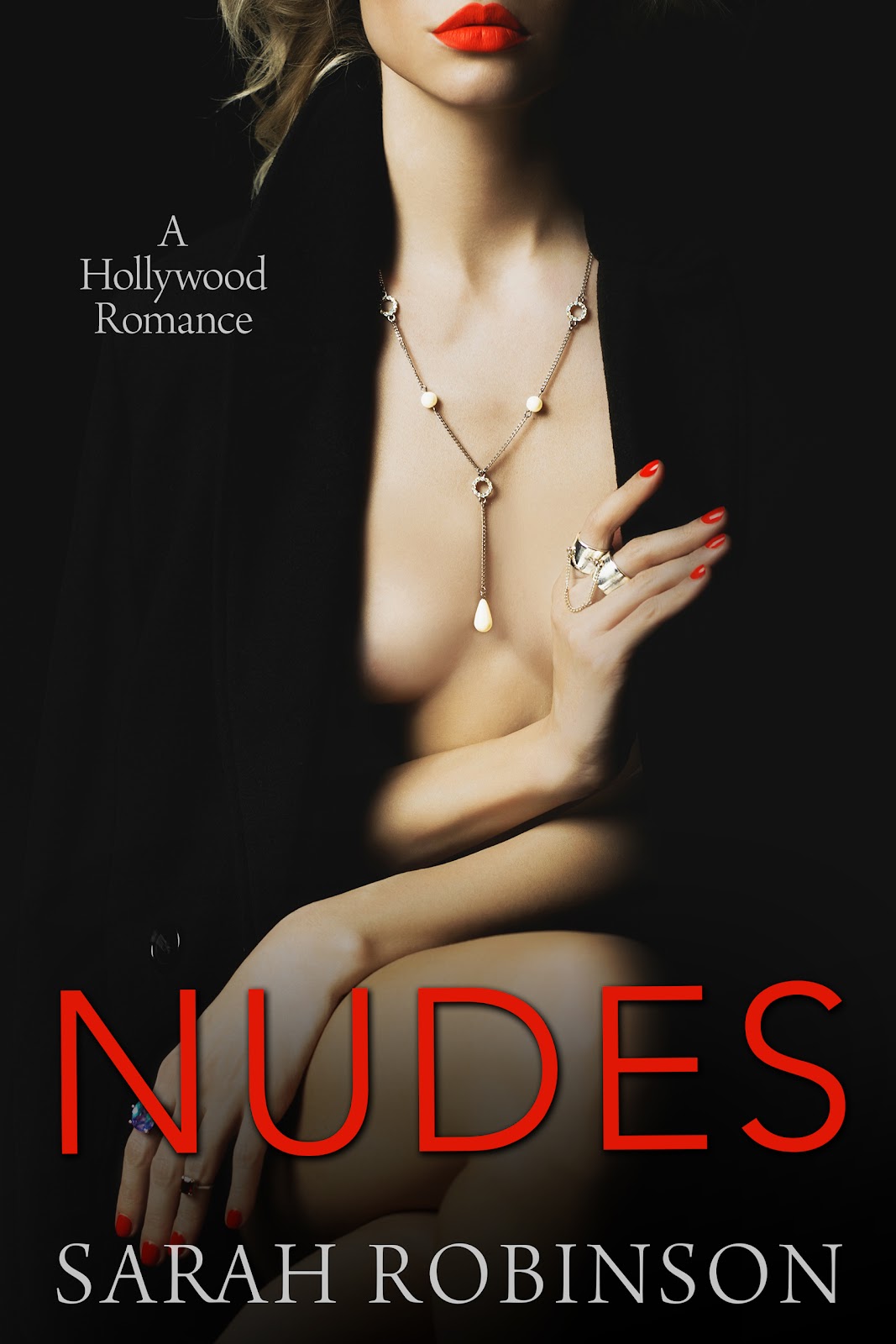 Ben Lawson is making a comeback...

After a few tabloid headlines, they think they know me. They don't know a damn thing. As CEO of a movie production company, I'll show them who I really am when we hit it big at the box office. My ex thought her smear tactics would ruin me, but I'm unbreakable. Rising from the debris, I swore I'd never let a woman distract me like that again. But then, my leading actress walked on the set and changed everything.

Seductive, sexy, and unapologetic, Aria Rose could break me. I wanted to help her, protect her...love her. Instead, I destroyed her.

Aria Rose is baring it all....

I knew better. I knew not to trust another Hollywood heartthrob with a reputation like his. He was my boss and became my ruin. I should have stayed far away from him. Ben Lawson promised me the world. He even promised me his heart.

But he destroyed everything--my heart, my career, us. 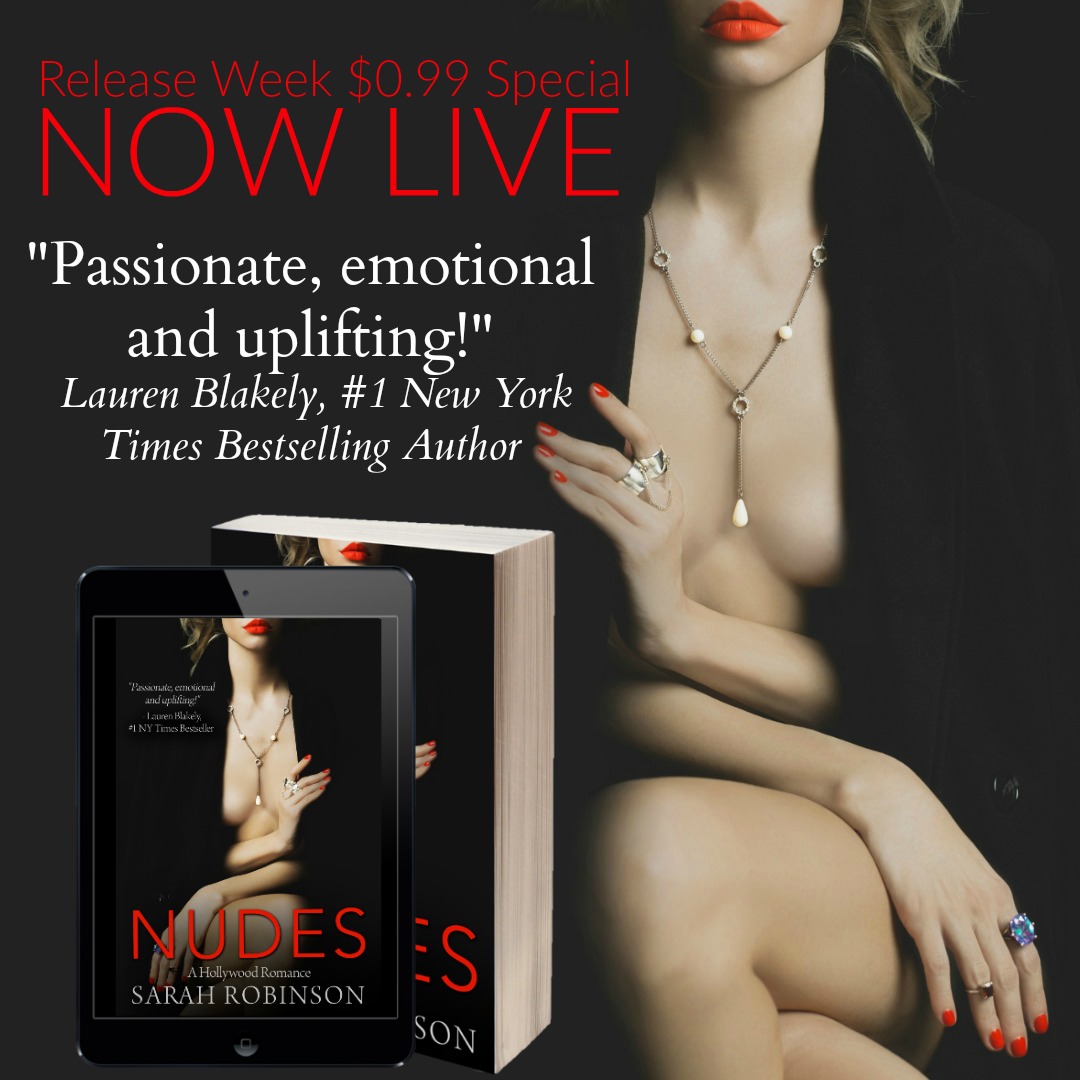 
"Aria?" A deep voice cut through the crisp nighttime air.

She turned to see Ben approaching her, the shadows from the upper deck of the yacht moving across his face as he came closer. "Oh. Hi, Mr. Lawson."

"Please, like I said, call me Ben," he reiterated, leaning against the railing next to her.

His lips curved into a smile. "So, what?"

She wasn't sure what to say, because her honest answer was sexy. That didn't seem like the best thing to a man who now funded and controlled her film. "Approachable?"

Ben laughed—a deep chuckle that she felt vibrate through her bones. "I hope that's a good thing."

"It definitely is," she assured him, placing a hand on his arm. The moment she touched him, she pulled back, immediately embarrassed.

He didn't chide her, or look uncomfortable, which she took as a good sign.

Aria returned to her original position beside him, and they stared out at the darkened water lapping the sides of all the boats docked around.

"Want to hear something funny?" Aria finally broke the silence, but kept her voice low. So low, he had to lean in to hear her.

"My parents met in this very marina. She was a caterer and he was a deckhand—still teenagers. Barely old enough to know who they were, let alone what they wanted out of life. Still, they knew what love was when they stumbled upon it, and they knew enough to never let go." Aria's heart beat a little faster, warming at the memories.

"Wow. Are they still together?"

Aria nodded. "Barely spent a day apart since. My mother is actually my manager, and she works insanely hard for me, but my father always comes first. He's the love of her life."

"Is it?" Aria tilted her head to the side. "I'm not sure it's as rare as it is a choice, a commitment, and the strength to follow through each and every day. There were times they could have given up—maybe lived an easier life with someone else—but they made a decision that this was the love they wanted, this was the life they wanted, and in that choice comes a confidence, a happiness, that most people deny themselves."

Ben was quiet for a minute. Finally, he inhaled loudly, then blew it out in one long breath. "That's really beautiful, Aria. Hits a bit close to home, I have to admit."

"I'm sorry." Aria frowned, turning to face him and just leaving one elbow on the railing. "I didn't mean—"

He shook his head. "No, it's fine. I just finished going through a divorce about six months ago, though we'd separated the year before that. I think you're right—love is a choice. Making love work is a choice. And yet...if it's not with the right person, then it's the wrong choice."

"Soul mates." Aria raised one brow. "You believe in that?"

Ben stared at her for a moment...a long moment. The kind of moment that made her shift her weight from one leg to the other, her skin heating under his gaze. "Yes. I believe in soul mates."

She tilted her chin up ever so slightly, going for lightheartedness. "Well, we all have our flaws. You couldn't be entirely perfect."

Ben laughed again. "Believing in soul mates is a flaw?"

"Buying what you're selling is definitely a flaw. You're a movie producer, so you sell fantasy to the world."

"I think we can have the fantasy." His eyes danced, but his smile was gone. "Don't you want the fantasy?"

Aria turned back to the ocean, looking out at the waves. This was too much, too real, too soon with a man she barely knew. A man who was pretty much her boss. "Who wouldn't want the fantasy?" she said dismissively. "Some would say I'm already living it."

"That's certainly true. Everyone on this yacht, everyone in this city...Hollywood. It's all a fantasy of some sort." Something in his tone sounded so...sad? A small ache pulled at her heart, and she felt like they'd opened the door to something different. Something different than studio exec and actress. Something more than strangers who just met today.

Her humanity connected to his, and they were just two people standing on a boat wishing it could float them away from their picture-perfect lives.

"Do you know why I love Scarlet's Letters?" she said softly, her voice barely above the whistle of the wind around them.

He stepped closer, his elbow pressed against hers on the railing now. "Why?"

"It's something I can be proud of. A story I'm proud to tell. The strength of a woman in wartime, a French woman saving innocent people during the Holocaust...a woman picking her truth over a man, over love. Have you read the script?"

Ben nodded. "I have. Two years ago, when it was making the rounds. It's powerful, and from what I've seen, you do an amazing job in it."

"Thank you. When I first saw this script—or rather, read the book it's based on—I knew I had to play this part. No matter what I had to give up. This was mine."

She'd never connected to anything more than she had this script. It was empowering, and taught courage in the toughest of circumstances. It was a tiny snapshot of a much larger scale event, showing the decisions and atrocities suffered at such a human, personal level. It was a woman denying her own privilege and luxury to help fellow humans who didn't have that reach.

"The way you talk about it...I'm jealous," Ben admitted.

That got Aria's attention, and she turned to face him. "Jealous? Of what?"

He pushed off the railing, looking up at the stars before settling on her gaze. "Passion. Excitement. Purpose. You know what you want. You know who you are and what your goals are."

"And you don't?" He had to be nearly thirty, if not over. Striking and fresh faced, but his features still said experience. Aria was only in her twenties, but at times she felt decades older.

Ben shook his head. "I thought I did. I built a life. Got married. Worked my way up in Maguire Industries. Everything was mapped out. Everything was...easy."

The ache from earlier was back, the sadness in his voice. Aria placed her hand on his forearm, a comforting gesture. Partly for him, but mostly for her. She needed a physical connection when they were connecting on so much more.

"What happened?" she pried, squeezing his arm ever so slightly.

Ben looked down at her hand, his eyes lingering. He didn't move or pull away, and when he lifted his head to face her again, there was a need in his eyes that made her insides heat. "The woman I trusted with all my secrets? She sold them to the highest bidder the moment I wasn't able to be a stepping stone for her career."

"She used every connection she had to get me blacklisted. Took everything. Now Maguire Industries acquired Shepherd Films, expecting me to fail. Pushing me out."

"Not many would call being the CEO of a film studio a demotion," Aria pointed out.

"When you're used to being the landscaper, it's hard to become the rose."

Suddenly, his fingers intertwined with hers, pulling her to him. Pressing her body to his, chest to chest, heartbeat to heartbeat. His eyes never left hers, and she watched him wrestle with something...doubt, uncertainty. As if he didn't know why he'd just hugged her to him, but then need. Pure need darkened his eyes as something deeper pushed the rest away.

Her breath was lost as she concentrated on standing, her knees already threatening to buckle. She'd taken every second of the journey with him, and now she wanted more. Something about the way he smelled ignited every nerve ending in her body. The way he held her, one arm wrapped around her back, was so secure, so comfortable, so protective, so intimately. No one had ever held her like that in her entire life.

She didn't want him to let go.

He was fire. She wanted to leap into his flames.

"And what are you, Aria Rose?" Ben's fingers tipped her chin upward, her eyes finding his. "Who are you?"

The words rumbled in his chest, vibrating against him as he spoke. There was a genuineness to it that terrified her, unnerved her, and completely overwhelmed her. Their souls were laid bare and he was asking for more.

A perfect stranger. A moment of truth. An absolute mistake.

She couldn't do it. Her walls shot up and she let go of him, fear coursing through her. "I'm an actress, Mr. Lawson. Just an actress."

And just so much more.

A passionate weekend fling is only the beginning of this emotional love story.  She is young and talented.  As an up and coming Hollywood actress, Aria Rose is poised on the brink of stardom.  As soon as this last film is released, she will have achieved the impossible and have Hollywood at her feet.  One amazing weekend with Ben Lawson was meant to be just a fling.  Now, both of them are having a hard time walking away.  It just cannot happen, though.  He is the CEO of the studio and she does not want to tarnish her image.

This is a runaway romance with a powerful message.  Where men would be praised, women are devilized.  Is this fair?  Equality for women is still a goal.  The unfairness of how women are judged could end her young career.  Aria must find the strength to face her critics and rise to stand for what is right and just.

Quite a story of fighting for what Aria believes.  It is inspiring and emotional in a way you will be cheering for her.

I am voluntarily reviewing this title.  I thank the author for sharing a copy of her book with me. 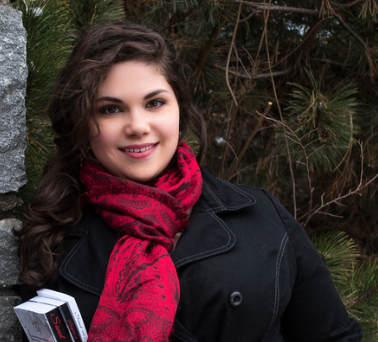 Sarah Robinson is a native of the Washington, DC area and has both her Bachelors and Masters Degrees in clinical and forensic psychology. She is married to a wonderful man who is just as much of an animal rescue enthusiast as she is. Together, they own a zoo of rescues, as well as volunteering and fostering for multiple animal shelters.

a Rafflecopter giveaway
Posted by As You Wish Reviews at 5:00 AM
Labels: New Release, Review