BLURB
It started out like any normal day.
Then the fender bender happened.
The guy I collided with drove an expensive car and was drop-dead gorgeous. Too bad he was also a total jerk. We argued over whose fault it was and any other thing that came out of his condescending mouth.
Eventually, the police came and we went our separate ways. The insurance companies would have to figure things out. I had a job interview to get to anyway—one I was excited about.
Though that excitement changed to disappointment the moment the person interviewing me walked in. The guy from the accident.
Whoops!
Yeah, so I didn’t get the position.
The problem was, I really wanted it. No, I needed it. Anything to get me out of my current career and back into working with kids.
So, even though Hollis LaCroix was as intimidating as he was devastatingly handsome, I went back to see him and begged for a chance.
To my surprise, he gave me a shot taking care of his troubled niece.
At least my attraction to him wouldn’t be able to go anywhere. I wasn’t about to jeopardize my job or the strong bond Hailey and I formed.
But resisting the magnetic pull between us wasn’t that simple. (Then there was our little underwear game—don’t ask.)
We continued to flirt without crossing the line—until it finally happened.
This is the part of the story where we fall in love and live happily ever after, right?
Well, life has a way of throwing some major curveballs.
Ours was one I didn’t see coming.
PURCHASE LINKS:
Goodreads ➜ https://fave.co/30h7VNf
Audio ➜ https://adbl.co/2KGXyx
Amazon print ➜ https://fave.co/2ZjnGpE
Amazon E-book ➜ https://fave.co/2NurkHL

Elodie is an accident waiting to happen.  Her current job working undercover for a PI to trap married men who cheat is not her best foot forward.  She is good at it but she hates using her looks as a way to make a living.  She has her degree in early childhood development and she would like to put it to good use.

Hollis has been avoiding any permanent relationships since the woman he loved turned him down and left him for another man.  Now saddled with the guardianship of his niece, he is at a loss at to what to do with an ornery teenager whom he does not understand.

Crashing your car with your future employer's Mercedes is not conducive to a great beginning.  As she eventually is able to get the job, she becomes Hollis' trusted employee.  Only one problem.  They are both attracted to each other.  Not a great prescription for a professional relationship.

A troubled teenager, a belligerent bird (Huey) who repeats the most inappropriate things, and two broken hearts make this story both endearing and full of emotions.  All is not as it seems.

Definitely recommended for those readers who love a journey to happiness full of obstacles, emotions, and tender mercies.

I am voluntarily reviewing this book.  Thanks to the authors for sharing a copy with me. 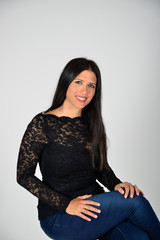 PENELOPE WARD:
Penelope Ward is a New York Times, USA Today and #1 Wall Street Journal bestselling author of contemporary romance.
She grew up in Boston with five older brothers and spent most of her twenties as a television news anchor. Penelope resides in Rhode Island with her husband, son, and beautiful daughter with autism.
With over two million books sold, she is a 21-time New York Times bestseller and the author of over twenty novels. Her books have been translated into over a dozen languages and can be found in bookstores around the world.
PENELOPE’S SOCIAL MEDIA LINKS:
Facebook:
https://www.facebook.com/penelopewardauthor
Facebook Private Fan Group:
https://www.facebook.com/groups/PenelopesPeeps/
Instagram:
@penelopewardauthor
http://instagram.com/PenelopeWardAuthor/
Twitter:
https://twitter.com/PenelopeAuthor 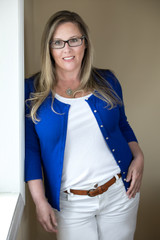 VI KEELAND
Vi Keeland is a #1 New York Times, #1 Wall Street Journal, and USA Today Bestselling author.   With millions of books sold, her titles have appeared in over a hundred Bestseller lists and are currently translated in twenty-five languages. She resides in New York with her husband and their three children where she is living out her own happily ever after with the boy she met at age six.
VI’S SOCIAL MEDIA LINKS:
Facebook Fan Group:
https://www.facebook.com/groups/ViKeelandFanGroup/
Facebook:
https://www.facebook.com/vi.keeland
https://www.facebook.com/pages/Author-Vi-Keeland/435952616513958
Website:
http://www.vikeeland.com
Twitter:
@vikeeland
https://twitter.com/ViKeeland
Instagram:
@Vi_Keeland
http://instagram.com/Vi_Keeland/
Goodreads:
http://www.goodreads.com/author/show/6887119.Vi_Keeland

Posted by As You Wish Reviews at 10:37 AM
Labels: New Release, Review