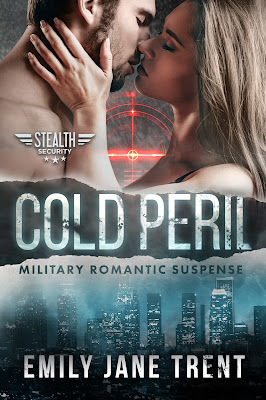 A new book by Emily Jane Trent filled with romance and suspense! It will release after the holidays. The novel is a standalone romance within the world of Stealth Security, a team of Navy SEAL bodyguards. This is the story of a sexy SEAL Garrett Flynn and a movie star Marlene Parks. It will keep you on the edge of your seat. More details coming soon!

Ex-SEAL Garrett Flynn is employed with Stealth Security as a bodyguard for celebrity clients. Since leaving the Navy, he’d planned to meet Marlene, the younger sister of a marine who died in battle. But when he shows up at one of her charity events, a shooter’s sudden attack compels him to be the gorgeous movie star’s bodyguard. Yet a secret haunts him, and he fears it’s the clue to why the killer is after Marlene.

Posted by As You Wish Reviews at 9:13 AM
Labels: Cover_Reveal, Trailer_Release