✮✮✮ "Explosive and intriguing...sinfully sexy, scorching hot and oh, so mysterious!" ✮✮✮ ~ Give Me Books

Intense. Devoted. Protective.
Michael Sloan is all of the above, with a hard tough edge to boot. He's not the guy he used to be. Years ago, before all the s&%t went down, he was laidback, carefree, and even happy-go-lucky.
Life changed him. Hardened him.
There's one woman though who can break down his walls. Someone who knew him then. Who can reach inside to that heart he protects fiercely...because she's the only one he ever gave it to. When they collide, it's tender and savage, gentle and rough, and makes them both hungry for more of this electric, once-in-a-blue moon kind of sexual chemistry. But it's a battle of wills between Michael and the woman he loves, with words and emotions held close to the vest.
She doesn't believe she can ever move on from her own heartbreak, but when Michael makes her feel for the first time in years, it's both thrilling and scares the hell out of her, setting off all her flight instincts. He's determined not to lose her again, but he'll have to learn to let her in if he ever wants to fully heal from the past...
The problem is, she knows something about the night his family shattered. She has the missing puzzle piece...but neither one of them realizes it.
YET.
SINFUL LOVE is the fourth and final book in the steamy, sexy, suspenseful New York Times Bestselling Sinful Nights series from Lauren Blakely, author of the wildly popular Seductive Nights series...

Add it to Goodreads here!

The price of SINFUL LOVE will go up to $4.99 (US) at the end of release week! Grab it before the price goes up this week! 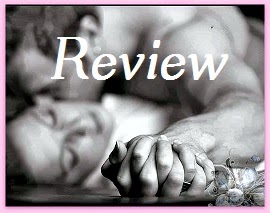 This Sinful series is one of my favorites from Lauren Blakely! This last book, though, is not only exciting and thrilling with all the discoveries about Thomas' murder, but it is moving and passionate beyond measure.

A love that has lasted eighteen years, a man who will never forget that love, finally gets the second chance this character deserves. The anticipation is palpable as the story unfolds. I could not put it down. Every time I would end a chapter, I needed to keep on reading because I had to know what happened next.

This book restores the belief that if you find the right partner, love is truly forever. We humans have an immense ability to love ... even twice in a lifetime.

And don’t miss the first three titles in the Sinful Nights Series,

And that’s not all!

✮✮✮ Enter to win a signed set of the Sinful Nights Series! ✮✮✮

About Lauren Blakely: Since self-publishing her debut romance novel CAUGHT UP IN US three years ago, Lauren Blakely has sold more than 1 million books. She is known for her sexy contemporary romance style that’s full of heat, heart and humor. A devout fan of cake and canines, Lauren has plotted entire novels while walking her four-legged friends. She lives in California with her family. With nine New York Times bestsellers,her titles have appeared on the New York Times, USA Today, and Wall Street Journal Bestseller List more than three dozen times. Her bestselling series include Sinful Nights, Seductive Nights, No Regrets, Caught Up in Love and Fighting Fire. She recently released BIG ROCK, a sexy standalone romantic comedy that became an instant New York Times Bestseller. In the late spring, she’ll release MISTER O, another standalone romantic comedy.

Posted by As You Wish Reviews at 6:00 AM
Labels: Giveaways, New Release, Review