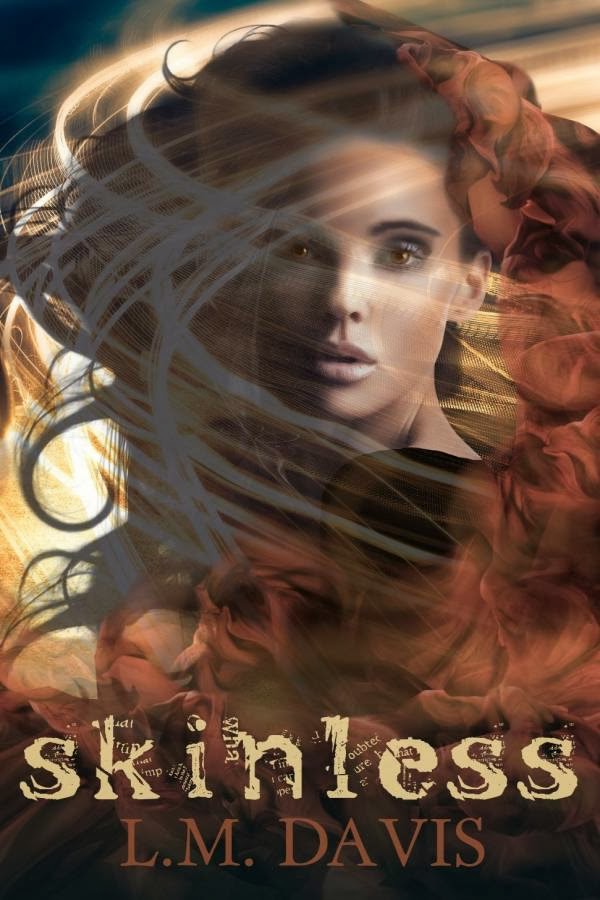 Looking at Luca, who’s just saved my life, I can’t respond. No explanation I might offer will satisfy after all of the extraordinary things he’s just witnessed. —Ankh

AnCaela Murphy's body is a ticking bomb that only her mom can defuse. The problem: her mother is missing and presumed taken by the Skinless, bogeymen from Ankh’s home world who have been hunting her and her mother for two years--ever since they fled that world and certain death.

With help from Luca, a boy whose touch confuses and who refuses to back down, Ankh races against time to find her mother before the bomb inside of her detonates, taking her life. Tracking the Skinless across the country, the pair search for her mother and uncover the horrifying truth behind the generation's old war.

“Who are they, Ankh? Who are these guys that leave trails of dead animals behind them? Why are they after you?”

I don’t know what kind of answer I expect. Hell, at this point she could tell me that she’s some kind escapee from a secret lab where they experimented with her DNA and I would completely buy it. Every rational explanation I can think of no longer applies.

Ankh’s eyes get wider with every question until they’re as big as saucers. At the same time, there’s this look on her face like she’s at war with herself. Like half of her wants to spill and the other half is holding her back. So what comes next isn’t really a shocker.

“I can’t.” Even saying the words she looks so supremely unhappy, I almost cave until I remember I only ask because I’m in way over my head and somehow still being treated like I’m on a need-to-know basis and my security clearance is a negative ten. I swallow my frustration and it’s acid, making my stomach churn.

“Well then, what can you tell me?” I barely recognize my own voice. It’s scratchy, hoarse, and pleading. I need something—anything—to keep going and not think that I’m crazy for it. I’m in this. Facing the girl I fell so hard for my ears are still ringing, who looks like she might bolt at any sudden movement, I can’t not be. But I need her to toss me a bone.

She’s looking back at me, but it’s more like she’s just looking in my direction. She doesn’t see me at all, while I can almost hear her mind clicking because she wants to tell me too, but she doesn‘t know how.

I take a step toward her and I’m not sure what my face looks like because she immediately takes two steps back so that she’s pressed against the door, which means I freeze. Another step and she’s likely to disappear out that door and I’m not up for another midnight marathon. We stand--it must be for hours--like that trapped in a stare down.

“It’s not poison,” she says, when she finally speaks. Maybe I shouldn’t be, since I’m the one who tossed the door wide open, but I’m totally lost, which is written all over my face, I guess, because she explains.

“Whatever’s killing the fish and the birds. It’s not poison. You’re safe.” She says it so firmly I want to believe her, despite this annoying sliver of doubt that probably won't disappear until she tells me everything she knows, which might mean never.

I don’t know what to say to that. I guess it’s good to know that I’m not, say, going to die of cancer next year because of this little cross-country jaunt, but in the whole grand scheme of things she might actually tell me, the revelation is not exactly what I was looking for.

This long, awkward silence draws out between us and I finally notice the way she’s holding her arm. It’s not so much how she holds it, but it’s more that she’s not moving it at all. It rests motionless against her side, and now I see how hard she’s trying not to move it.

“How long has it been bothering you?” She looks confused, so I point at her arm. She gives a one-shouldered shrug.

“It never really stops. “ Her voice is barely above a whisper, and it hits me that how ever tired I am, how ever confused I am, how ever frustrated I am, I’ve got nothing on her. Besides the apparently constant pain, it’s her mom who’s missing, her who the hunchback psychopaths are after. Somehow, even with all of that, she’s holding it together and she never complains. It’s something like amazing and I’m suddenly in awe.

I walk to her. I couldn’t stop if I tried; I’m compelled. My hands are in front of me the way that you approach a spooked cat, and this time she stands still and lets me reach her.

Her back presses against the door, so I take her by her shoulders, gently, and turn her back to me. And she lets me.

She lets me take her jacket, which I handle like tissue paper, and she let’s me raise her shirt to examine the wound. Even in the shadows, the point where her skin is abruptly several shades dark is clear. I can’t tell if it’s gotten any better since the last time I saw it when we were diving into the river, but to my relief it doesn’t look like it’s gotten any worse. I swear I try to stop myself when my hand rises to touch her, but I fail utterly, completely, entirely, and my finger is tracing this wound on this back that mesmerizes me. It’s not a good thing that she shivers as my finger grazes the place where copper colored perfection meets bruise. It’s definitely not a good thing that she lets out this little gasp. It’s not on purpose, I know, but that doesn’t stop me from reacting.

Incapable of putting the book down, I must know what is to come of Ankh and Luca.  The story is full of action and a building romance.  There are questions and yet I don't have the answers yet.  Yet being the key word, I cannot wait to pick up the next part in this amazing Novel in III Parts.  Skinless will leave you wanting more and determined to pick up the next book as you reach the end of Part I.  The suspense is killing me! 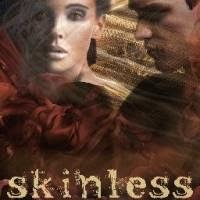 About the Author
L. M. Davis loves great storytelling. She needs nothing more than a good book and a comfy chair to be happy. She was born in the south, raised in the north, and has a few degrees under her belt. She still hasn't gotten her black cat, but she thinks about it everyday. Her thoughts go something like this: "I really should get a cat." For now, she contents herself with spoiling the pets of her friends and family.