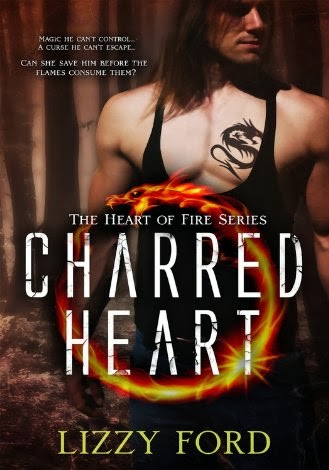 Modern day retelling of "Beauty and the Beast"

For a thousand years, Chace has searched for a way to break the curse placed on him by a jilted lover. He’s a dragon shifter, one who can’t control when the magic will force him into a different form. He’s already lost everyone he ever cared about a few times over and doesn’t know how much longer he’s meant to suffer.

At his wit’s end, he makes a deal with a mysterious figure that offers him what he wants most – an end to his misery – in exchange for everything that’s his: His life, his power. His heart.

The next day, he meets Skylar, a modern day dragon slayer whose mission is to cage him – or kill him. Sexy, witty and brave, she is the yin to his yang, the woman destined to break the curse, balance his magic and make his broken heart whole.

Except it’s too late. Not only has he sealed his fate, but an innocent one-night-stand with Skylar has dragged her into the middle of a deal with the devil, one she won’t escape, if he can’t convince her that dragon shifters aren’t her enemies.

Author Bio:
Lizzy Ford is the author of over seventeen novels written for young adult and adult paranormal romance readers, to include the internationally bestselling Rhyn Trilogy, Witchling Trilogy and the War of Gods series. Considered a freak of nature by her peers for the ability to write and release a commercial quality novel in under a month, Lizzy has focused on keeping her readers happy by producing brilliant, gritty romances that remind people why true love is a trial worth enduring.

In late March 2012, “Damian’s Oracle” (Book I, War of Gods) was featured in USA Today, an indication that Lizzy’s career is just starting to take off!

In November 2012, Lizzy signed with Margery Walshaw of Evatopia, a literary management and production firm representing writers and their books to TV/movie studios in Hollywood.