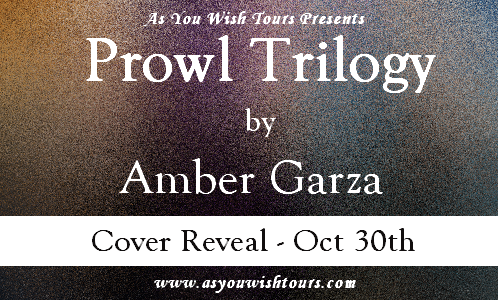 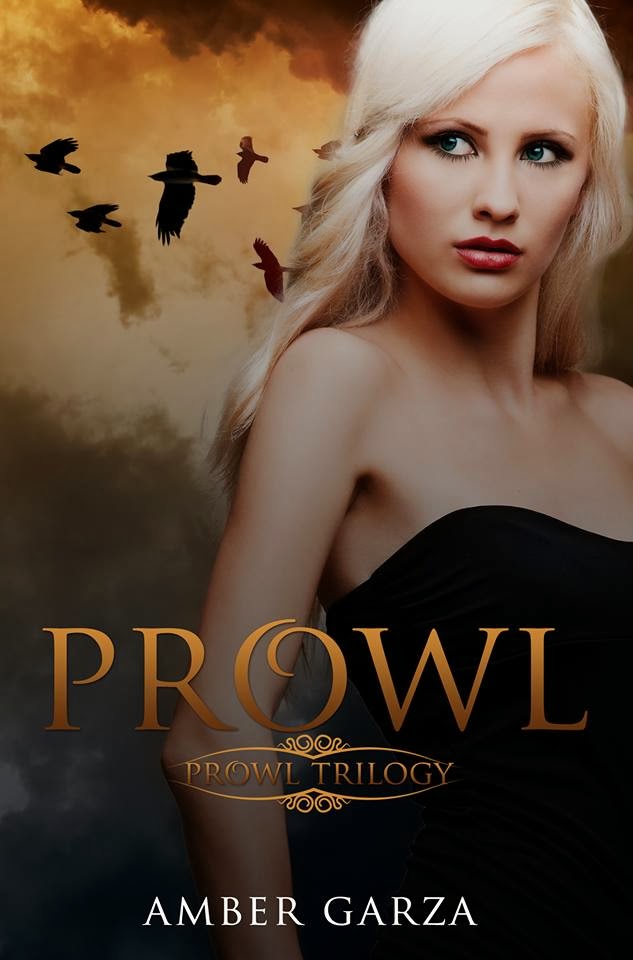 Seventeen-year-old Mackenzie Smith is sent away to spend a boring summer at her grandma's. But then she meets Wesley. He tells her exactly what she wants to hear and has information about her past that no one else knows. It's almost like he can read her mind.

Only Wesley isn't who he seems.

By the time Mackenzie discovers his true identity it may be too late. She's in too deep and he won't let her go. Now Mackenzie must call on the strongest power of all in order to save her life. 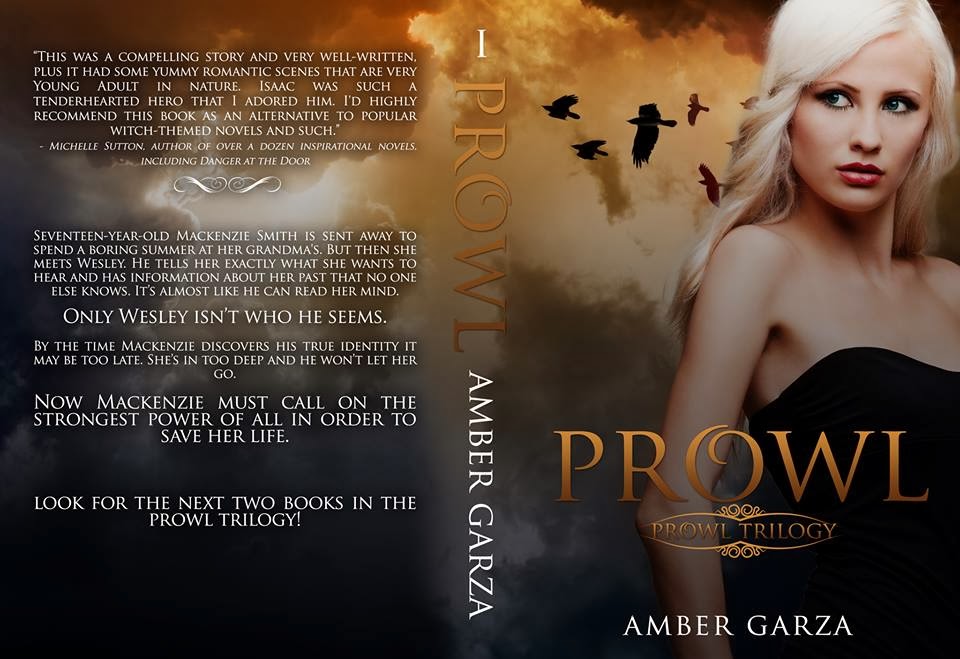 He turned toward me. I gasped in horror. He was faceless. His face was a black hole with no eyes, nose or mouth, like a shadow. Was this what ghosts looked like? I thought for sure they’d be white like in the movies. “Oh, I’m sorry,” he said. “Is this better?”

His face transformed before my eyes. Black turned into peach colored flesh. It stretched and bent to reveal a cartilage filled nose. Two eyes popped out, and ears broke through the side of his head. Lips, hair, a body, and clothes appeared. My mouth dropped open, and hung loosely as if it had come unhinged. I slapped my hand over it to keep from screaming.

“You think that’s amazing? I can do much more than that.”

I nodded, taking a deep breath. “I think that’s enough for me right now.” He moved toward me, crawling stealthily on the bed like a cat. I moved away from him until I was pinned against the wall. He smiled, revealing blood red gums and a perfect row of white teeth. His pupils were black, and the whites were filled with spidery red and purple veins. My body shook.

“Why are you scared, Kenzie? Don’t you recognize me?” 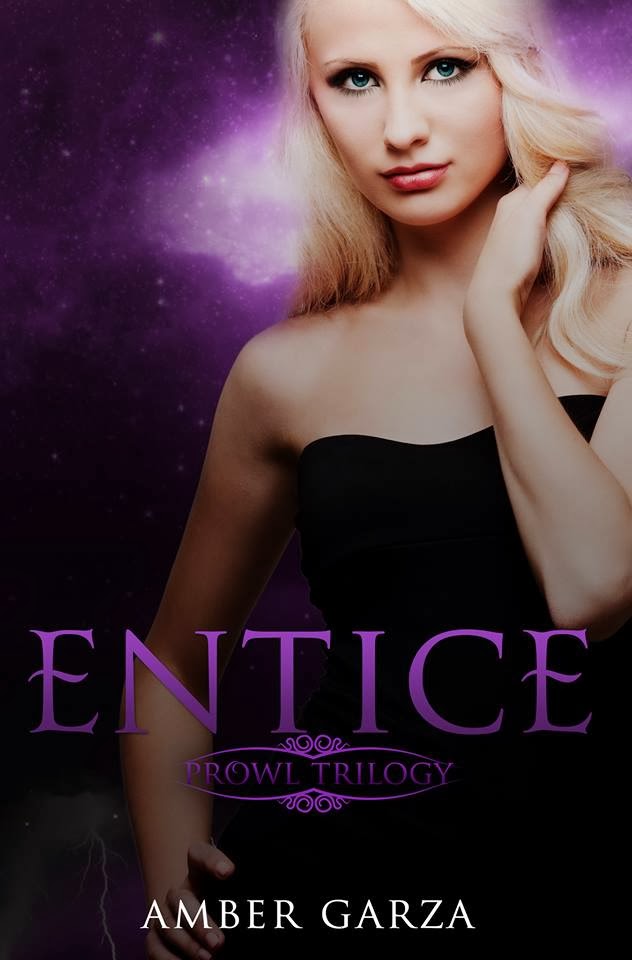 Mackenzie returns home from the summer with her grandma, certain that Wesley is out of her life for good. Until the nightmares resurface, and strange things start to happen. Is Wesley back? When the danger escalates and threatens those closest to her, Mackenzie must fight to save them. Only this time the evil is more powerful, and Mackenzie is faced with an impossible decision. 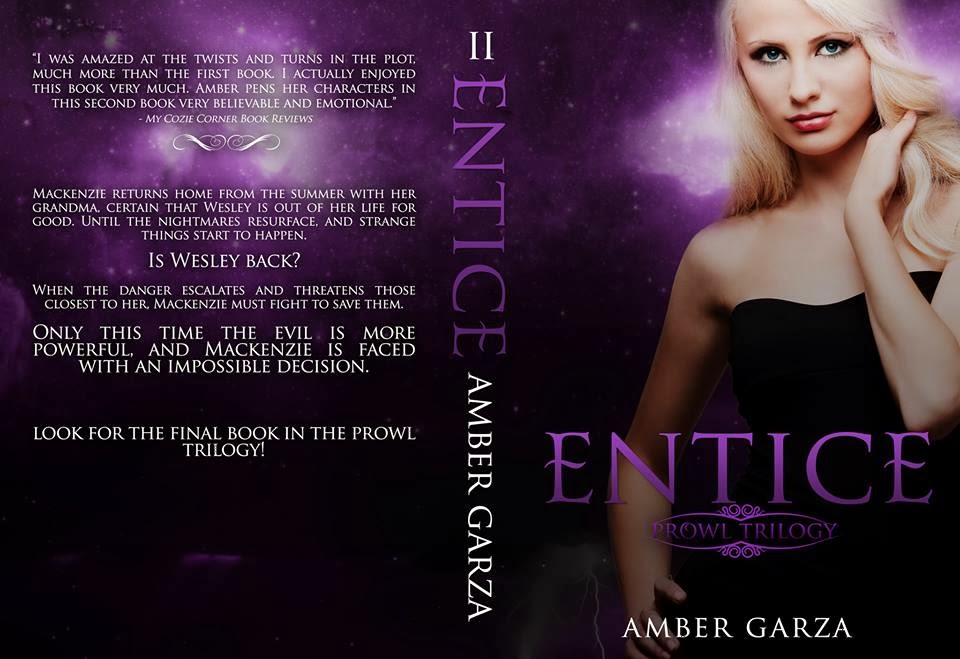 “It’s beautiful, isn’t it?” I asked Tanner as I stared down at the foamy rush of water.

I glanced up at Tanner who was staring right at me with a look so intense it caused heat to rise up my neck and spill across my cheeks. Taking a deep breath, I averted my gaze. I reached into my pocket and pulled out my phone with the intention of taking a couple photos.

“So, you’re calling him, huh?” I tried to ignore the jealousy in Tanner’s voice; tried to tell myself it was just a figment of my imagination. I wanted to believe that Tanner only thought of me as a friend, and that he supported my relationship with Isaac. But deep down I knew that wasn’t true.

I shook my head. “No, I was just going to take some pictures.”

Relief swept over his features. He beamed at me. “Here, let me.” He grabbed the phone from my hand. Holding it out in front of us, he pressed his cheek to mine and snapped a shot. He was so close I could smell his aftershave lotion, and the sweat on his skin. My pulse quickened. My heart pounded in my chest. He turned to me, his face inches from mine.

I froze, unable to move or even breathe. His face came closer and somewhere in the back of my mind, alarm bells went off. I knew I should step back, or push him away. But my feet stayed rooted to the ground, like I was a tree on the mountain, a permanent fixture. I could hear the blood rushing through my ears, feel the beating of my heart. The world around us stopped. It was as if we were the only people up here. Tanner’s eyes stared into mine. I swallowed hard, and kept my gaze even. 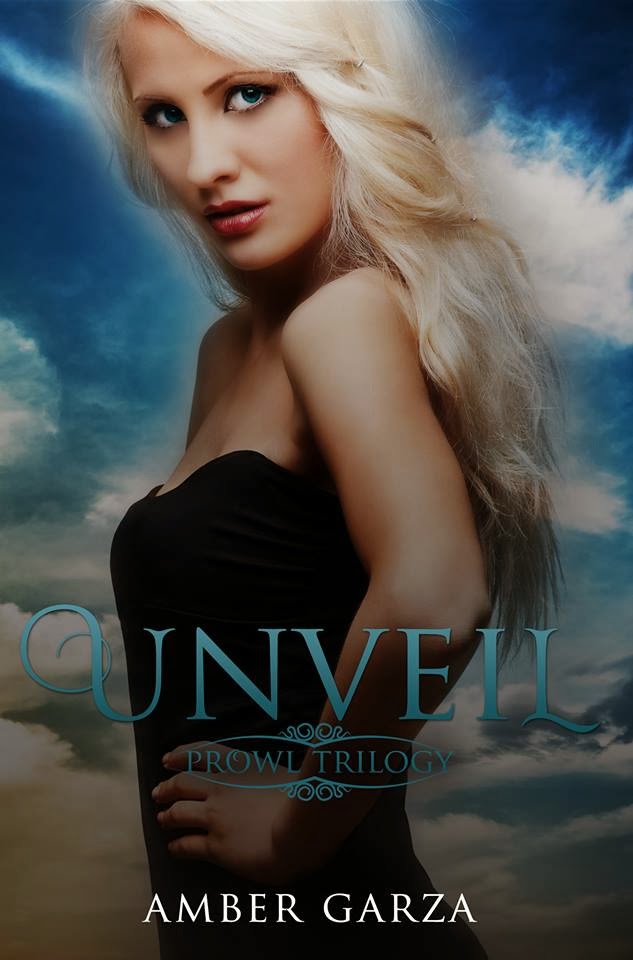 Mackenzie is looking forward to her eighteenth birthday and upcoming high school graduation. Until an unwelcome visitor from her past appears, threatening her future plans. Will she ever be free? Armed with a new weapon and the boy she loves by her side, Mackenzie prepares to fight. She doesn't realize that she is about to step into the ultimate battle between good and evil, where the stakes are higher than ever before. 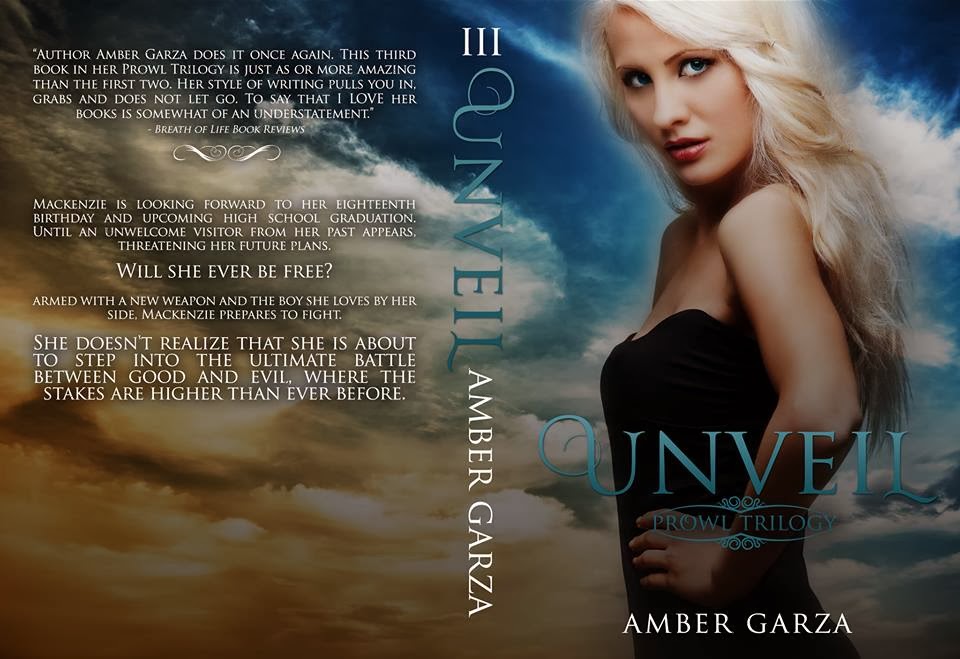 “What was that about?” Isaac asked when we got inside the house.

“The way you said hi to your neighbor and then started looking in another direction and said hi again in a weird voice.”

“Why did you do it right now though?” His brows furrowed in a look of utter confusion.

I was starting to get annoyed with this line of questioning. Can’t I say hi to a neighbor boy without getting the third degree? So what if I use an odd voice when talking to kids. Lots of people do. “Cause I was saying hi to the little boy.”

Cold slithered up my spine at Isaac’s tone. “The boy sitting next to Mrs. Kelley in the front yard.”

“There was no boy with her.”

I flung open the front door and raced outside, my heart thumping in my chest. Was I going crazy? I was sure I saw a little boy.

Relief flooded me at the sight of the child still sitting in the grass. I gave Isaac a triumphant look. “See. Right there.”

Isaac narrowed his eyes, staring in the direction I pointed. I expected an apology. Instead, he said, “Are you okay?”

“Fine. Why are you acting so weird?”

“Because there is no little boy there.” A chill brushed over my body, causing goose bumps to rise on my flesh. I glanced back at Mrs. Kelley who kept weeding, oblivious to our conversation. She also seemed not to notice the child, even though he practically sat on her legs. The boy’s neck craned to look at me, but he still didn’t smile.

Fearful, I raced back in my house. Why did I see him if no one else did? Who was he? And what was he doing next door?

AUTHOR BIO
Amber Garza is the author of Young Adult paranormal and contemporary romance. She has had a passion for writing since she was a little girl, making books out of notebook paper and staples. Amber lives in California with her amazing husband and two hilarious children who provide her with enough material to keep her writing for years. 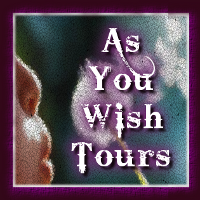 Posted by CC at 5:00 AM
Labels: Cover_Reveal