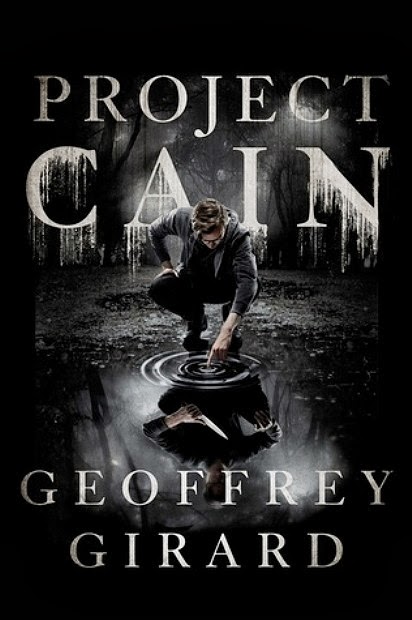 Fifteen-year-old Jeff Jacobson had never heard of Jeffrey Dahmer, the infamous serial killer who brutally murdered seventeen people more than twenty years ago. But Jeff’s life changes forever when the man he’d thought was his father hands him a government file telling him he was constructed in a laboratory only seven years ago, part of a top-secret government cloning experiment called ‘Project CAIN’.

There, he was created entirely from Jeffrey Dahmer’s DNA. There are others like Jeff—those genetically engineered directly from the most notorious murderers of all time: The Son of Sam, The Boston Strangler, Ted Bundy . . . even other Jeffrey Dahmer clones. Some raised, like Jeff, in caring family environments; others within homes that mimicked the horrific early lives of the men they were created from.

When the most dangerous boys are set free by the geneticist who created them, the summer of killing begins. Worse, these same teens now hold a secret weapon even more dangerous than the terrible evil they carry within. Only Jeff can help track the clones down before it’s too late. But will he catch the ‘monsters’ before becoming one himself?

Where to begin with Project Cain... It's everything worth mentioning such as mind blowing and capturing. After reading this book I still can't wrap my head of what all happened. It's not the usual simple everyday book. Project Cain is a little of everything. Action, mystery, history, science, and secret military projects. Eye catching glimpse that will have you reading non stop!

Project Cain is mainly surrounding the topic of secret military science projects of creating weapons. But it doesn't stop there. The situation is more complex as to why everything is going on In Jeff Jacobson's life. From one day to the next his life was turned over on its axis. His suppose 'Dad' explains it all. But what you wouldn't expect is that Jeff was a clone. At first I wouldn't have thought that clones would be any useful military weapons. But after reading, I got the point. The clones were crafted from serial killer DNA. Eye catching I'd say. But for more details I REALLY recommend reading Project Cain. It's a guarantee you'll love it as much as I did.The transition that occurs is flowing. This isn't a book your able to predict in the end, which is good because there's no spoilers, right? Geoffrey Girard, the author, did an awesome job. Did his homework and research. I'd say so because as a teen I'm still picky on what books catch my attention. And for people the book mentions. You can look them up yourself and know for sure that person was real, kinda explains how everything comes to be at some point. Project Cain caught my attention and it seems its one of the best I've read in a while. It's a keeper! 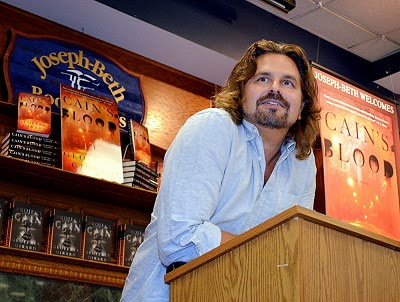 About the Author
Geoffrey Girard is an award-winning fiction author whose works have appeared in several best-selling anthologies and magazines, including Writers of the Future (a 2003 winner), Murky Depths, Apex Horror & Science Fiction Digest, and the Stoker-nominated Dark Faith anthology. His first book, Tales of the Jersey Devil, thirteen original tales based on American folklore, was published in 2005, followed by Tales of the Atlantic Pirates (2006) and Tales of the Eastern Indians (2007). Simon and Schuster will publish two Girard novels in 2013: CAIN'S BLOOD, a techno thriller, and PROJECT CAIN, a spinoff novel for teen/YA readers.

Born in Germany, shaped in New Jersey and currently living in Ohio. Geoffrey graduated from Washington College with a literature degree and worked as an advertising copywriter and marketing manager, later shifting to high school English teacher. He is currently the English Dept. Chair at a private boys school in Ohio and is an MA candidate in Creative Writing at Miami University.

He has presented seminars and workshops on creative writing at colleges, elementary schools, bookstores and writers' organizations and can also be spotted speaking at various conventions/events. 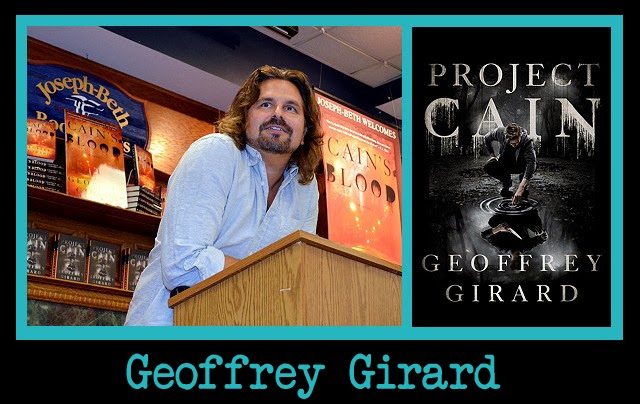 a Rafflecopter giveaway
Posted by Unknown at 5:00 AM
Labels: Giveaways, Official_Tours, Review