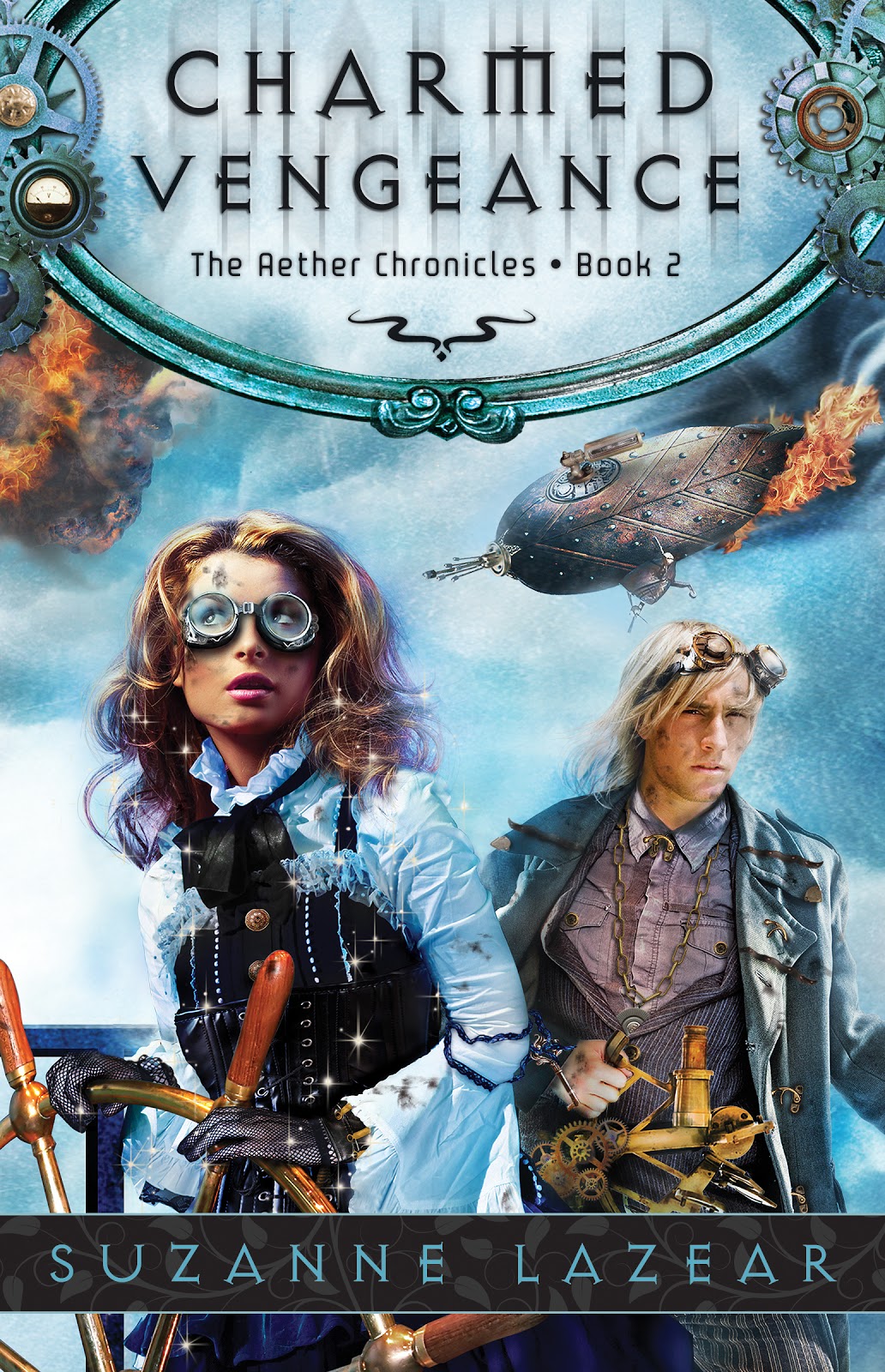 In the Faerie realm, Noli Braddock's relationship with her best friend V has grown into something more. But V's mother, Faerie Queen Tiana, has ruled that they are forbidden to see each other. Returning to the mortal realm, Noli joins the crew of her brother's air-pirate ship, the Vixen's Revenge. There she discovers that her brother has hired the scallywag Faerie huntsman, Kevighn Silver. While serving as shipmates, Kevighn and Noli learn that the Earth Court King plans to find a forbidden artifact--one that will bring destruction to everyone Noli loves.

As Noli fights for control of her own mind and body, she is left with a broken heart.  V on the other hand has no choice but to follow orders.  While James is still crushed after losing the love of his life.  A lady in the making, Noli has a choice, she can either go with her mother and grandfather to Boston, becoming something she is not quite ready for or she can take up with her brother, Jeff.  Choosing wisely is an understatement as one would allow her freedom...  Her other option being paraded at every social event, and chosen a suitor that is to her family's standard.  Will her freedom cost her?  Or will V be too late?

While I have not read Innocent Darkeness (Book 1) in this series I was quite impressed with Charmed Vengeance (Book 2).  I would have liked to read the two books in order, though I did not get the chance prior to this tour stop.  This book picks up nicely, giving me enough information to grasp what had happened in Book 1. I could picture the story as it played out. The characters were fresh and the plot was interesting.  I would recommend this series without even reading Book 1, as this book was a page turner and interesting all by itself.

About the Author
Suzanne Lazear is the author of the Young Adult Steampunk dark fairytale series THE AETHER CHRONICLES. Book 1, INNOCENT DARKNESS is out now. Book 2, CHARMED VENGEANCE, releases 8-8-13. She always plays with swords, is never described as normal, and has been known to run with bustles. Suzanne lives in Los Angeles with her daughter and the hubby,and a hermit crab. Learn more about THE AETHER CHRONICLES at http://www.aetherchronicles.com and her at http://www.suzannelazear.com

a Rafflecopter giveaway
Posted by Unknown at 4:00 AM
Labels: Giveaways, Official_Tours, Review