The End is only the Beginning....

It wasn't the first time Lieutenant Travis Daniels had been far from his wife and son. Leading an elite team on countless missions, dodging death at every turn-it was what he was trained to do. And returning to his family was always his driving force... but this time might be different. Imprisoned for an unsanctioned intrusion into a hot zone, Travis and his elite team took a deal to assist in the colonization of Mars to evade the death penalty. While stationed there, Travis' only source of sanity were the brief video conversations he was allowed with his family. When the last transmission received showed choppy images of the city in darkness and blurs of humanoid creatures running through the streets, Travis and his team must decide to either stay on Mars or find a way back to his family-unknowing of the hell that Earth has become. 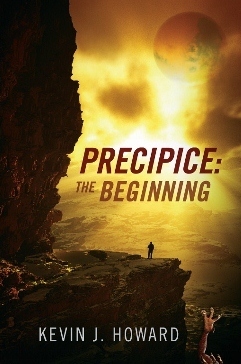 
Omar’s fear of flying had him paralyzed. He gripped the armrests without mercy, clenching his teeth until he could barely breathe. Most of the time he could distract himself with a crossword puzzle or a holographic putting game off his wrist communicator, but not when the plane was bouncing around like it was. He turned his eyes toward his wife and couldn’t understand how she could be so damn calm. It angered him to see her reading a magazine while he held on for dear life. What made her so fucking special? He wanted to grab her by the shoulder and give a hard shake, scream at her for messing with him. For making him feel so inferior.
“Do you want something to drink?” His wife had to lean in for this, not wanting to embarrass him to the old woman sitting in the aisle.
“No.”
“Are you sure? They have those tiny –”
“I don’t need a stupid little bottle of booze,” Omar snapped.
Kim just tilted her head and went back to her magazine, hating her husband when he was like this. Unfortunately for her he was like this more and more often. It wasn’t just when he was scared. Omar was actually worse when he became frustrated, exploding over the simplest of things. Only two weeks ago he’d been unable to open a jar of pickles and so rather than taking a moment to loosen the lid with some warm water or tapping it on the counter, he decided the only rational thing to do would be to throw it into the kitchen sink. It had opened the jar all right, but no one wants a pickle from the sink. But she was learning to live with it. She’d taken her wedding vows two years ago and she’d said yes. Things might have been different if they’d included the phrase: For better or worse, or if thy husband becomes an asshole that smashes things. But even then she would have said yes. Forty percent of the time he was annoying or rude, but the sixty percent when he was sweet overshadowed it all.
“Why did we have to take this fucking trip!” Omar snarled, clenching his eyes shut.
“You’re the one that wanted to go to Nassau, remember?”
Omar just shook his head slowly, looking like an angry child sulking after a punishment. He let out a high-pitched gasp as the plain dropped. The pit of his stomach rose into his chest. Kim grabbed the armrest herself, moving on reflex from such a drop. Flying never bothered her. She knew the pilot had no intention to die and the statistics were great. Planes practically flew themselves. But she’d never seen such bad weather. She looked out the window and saw nothing but black storm clouds and water as it rolled over the thick plastic of the window. A shadow washed over the plane, blocking the light for a brief moment.
“What the hell was that?” Kim pressed her check to the glass and looked up, hoping they hadn’t crossed into another plane’s flight pattern due to the storm.
“What? What is it!?” Omar leaned over her, bobbing his head up and down like a hungry bird. “Is there something wrong with the plane?”
“No. I just thought I saw –”
The plane dropped as something hit them from above. Everyone in coach, afraid of flying or not, covered their heads and screamed. Kim peeked out from beneath her arm at the roof above the aisle. Her heart raced as it began to cave in, crumpling like a tin can. The plane lost cabin pressure as the center was slashed open. Three seven-inch talons wiggled back and forth to free themselves of the plane’s roof. They pulled out only to be jammed through the plane’s right side, piercing three passengers in the window seats of rows 15F, 16F and 17F. The claws were pulled free of the plane and the impaled passengers lulled forward, twitching from the strong toxins coursing through their systems.
“Please God!” Omar screamed.
The plane was spinning out of control. Kim and Omar held each other in fear of being sucked through the tears in the roof. Then the roof was pulled open like a box top. Kim felt a hard jerk as Omar was pulled from her tight grip. When she opened her eyes she saw the seat beside her was empty, her arms warm with her husband’s blood. Unable to stop herself, she looked up. An open beak was the last thing she would ever see. 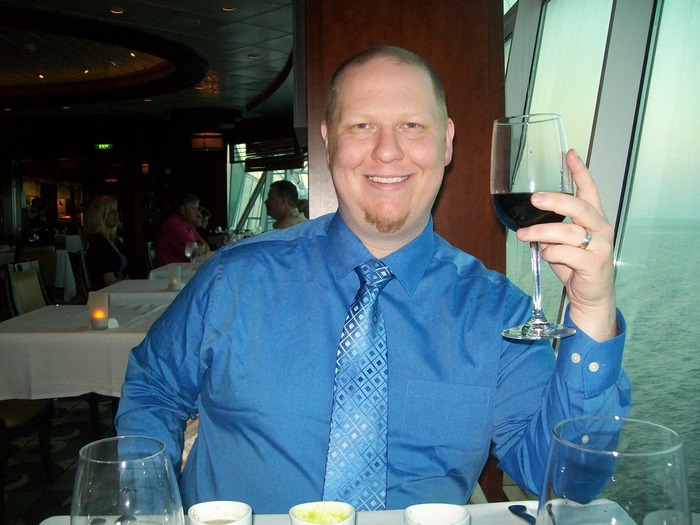 About the Author
Kevin J. Howard was born in Mission Viejo, California, moved to Seattle at the age of twenty-one, and now lives in Puyallup. He hand wrote his first novel in the fifth grade and has been writing ever since. His first published novel, Faithful Shadow, is a return to the classic horror novel. Since writing Faithful Shadow he has completed four additional horror novels that will soon be published. In 2012, he won an award in the Las Vegas International Film Festival for his screenplay, Identical Opposites. Kevin's latest novel, Precipice: The Beginning, is now available on Amazon and Barnes & Noble. The sequel, Precipice: The Retrieval, should be released in the summer of 2013.

a Rafflecopter giveaway
Posted by Reading For Fun at 6:00 AM
Labels: Giveaways, Official_Tours, Spotlight