The Rise of Bob McDoogal by JM Gutierrez / Tour

Book One: The Rise of Bob McDoogal is science fiction at heart, but is also filled with romance, suspence, dark humor, and much more! It is a fast-paced action novella guaranteed to be a "guilty-pleasure" read. Be prepared to laugh, cry, and find yourself thinking 'damn, did he really just say that?' 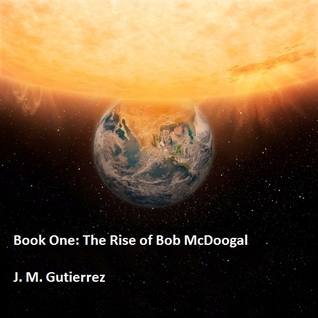 Fuck, six o’clock already? So… Tired. Another day of school. Last year, thank God. I begin to stretch and get up from the damn twin mattress which is supposed to pass for a proper bed. So much pain. Like every other morning though, nothing new. I’m six-two; this bed is too small. Between that and the Cerebral Palsy, it takes a few minutes for the cockroaches crawling around inside my feet and the pains shooting up my legs to dwindle to a tolerable ache.

Looks like Grandma Anne isn’t up yet. Hopefully she never wakes up. The clothes on the line outside should be dry. Time to stand, ARGH! I Ping-Pong off the walls down the hall and open the nicotine-stained door as quietly as possible. I don’t wanna wake Grams; she can be such a bitch first thing in the morning.

Despite the pain, I struggle through my morning routine, shower, do what lonely eighteen-year-old boys do best, and tend to my rodents. Well, seventeen going on eighteen in a month, anyway.

I keep nine, ten-gallon aquariums with rats and hamsters for breeding. As a way to make money, I sell their young to local pet shops. It sucks to eat the dumpster food my Grandma gets from her church friends, so I use my money on take-out food almost every night. She uses all the foster care money she gets for me, and all her disability money to get high and escape the harsh reality that her life isn’t, and never will be, going anywhere. All she does is lay in bed all day, wasting taxpayers’ dollars. She sets such a good example! Shit…

I load my backpack with everything I need and slam the door as I leave. That oughta wake her ass up. I limp to the front of the rinky-dink apartment complex to wait for the bus.

Review
This book had me riding a roller coaster throughout the entire book!  Bob cracked me up with his thoughts and commentary, while Lusha was the perfect heroine for Bob.  There were times when I wanted to laugh out loud and other times when I did.  There were times when I blushed during the "Oh My" moments in the story!  I just couldn't help it, if only I could have swapped places with Lusha for just a scene or two!  ::giggles::  Yes it was not only that exciting during these out of body moments when I wanted to jump into the book but it was totally HOT, HOT, HOT!!!  ROFLMSAO

Okay yes the story had it's moments of one moment here the next moment there, and the two main characters the author wrote in first person.  That didn't bother me so much for I was able to follow it and know who's POV started and ended where and when.  I actually liked getting inside of Lusha's head along with Bob's, needed some moments with the female heroine of the story.  lol  It was such a fast paced story that it didn't take me long before I was over 75% through the book wondering oh wow, what will happen next, how is this author going to finish off the story.  I was not disappointed in the ending...  instead was left wanting more of Bob and Lusha wondering what kind of journey the author will take me on with his next book in Bob McDoogal's Series!!! 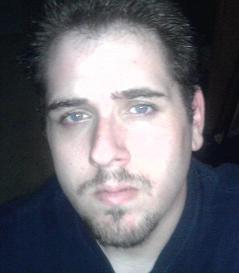 The Author
Juan Gutierrez is a 27 year old living in Dallas, Texas. He grew up in Torrance, California. He is a Fantasy/Science Fiction writer. Inspired both Star Wars and Star Trek, he is determined to make a Galaxy Cluster all of his own. In 2012, he began his work on the character Bob McDoogal. Think The Mask with Jim Carrey (another major influence), mixed with Star Wars. That is the best way to describe his Dark humor Science Fiction Fantasy writing. He is currently working on book two of the series, aiming to have it done by the close of 2013.