For Nothing by Nicholas Denmon 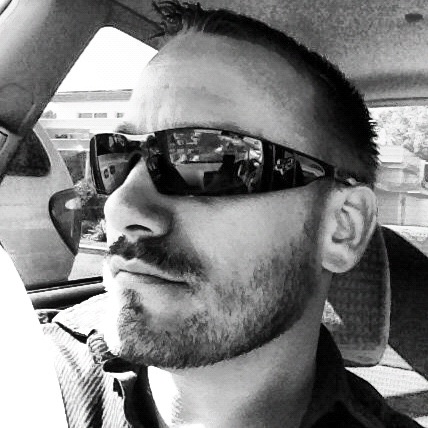 
I appreciate the opportunity to come onto this blog and write a bit.  Julia has been good to me since I first started down the road of becoming an author back in 2010 and I am happy to use up a bit of her space on the blogosphere. To clarify, I have always thought of myself as a writer, but in 2010 I decided it was time to make the gradual transition to author. Julia asked me to write a few words about that transition and so here I am, obliging.

I say the transition to author from writer was gradual and the reason I say that is because I actually started writing my first novel back in 2005.  For Nothing, which has gone on to sell nearly 8,000 copies since I published it in May of 2011, is my first novel.  I began writing the novel in an attempt to merely write a descriptive page.  Once I was done with the page I thought perhaps it could make a short story, and once done with the short story, I realized it could become a novel, and then a series.

You often hear of authors that have characters 'speak' to them.  That was the case with my assassin, antagonist Rafael Rontego and the protagonist, undercover cop Alex Vaughn.  As I wrote first a page, then a chapter and then ultimately three books about the characters it was because the characters kept on talking to me.  They wouldn't leave me alone and I would find myself buying groceries, driving on long trips, or even in the shower wondering why certain things happened to them.  What was the catalyst?  How could they escape certain doom?   What was their moral fiber at the beginning of the story and could that fiber stay intact throughout the course of events in which they found themselves?

It took me a long time to figure out that being a writer meant more than a page a month of writing.  It meant writing a little bit every day.  It took me even longer to figure out that being an author didn't mean only writing but marketing, gathering reviews, using social media etc.  That is why my first novel took six years to come to fruition.  But once I figured it out, it only took me a year to do the next one, and this year I will have two more out (I still work a day job so I am happy with that progress).

If I could leave you with one bit of advice on how to make the transition from writer to author, I would say make sure you surround yourself with a good network of readers, writers, and authors.  Then make sure you help each other become authors instead of just writers.  The authors will guide you, the readers will push and support you, and your fellow writers will grow with you and give you a set of peers to lean on, and learn from.

Thanks for letting me ramble. I hope there was something of substance to glean from my thoughts.  Above all keep reading Julia's blog as she is an absolute pro when it comes to supporting writers become
authors.

Thank you so much for your kind words and being my guest today!  I thoroughly enjoyed having you here and hope to have you back very soon!

For Nothing Blurb & Review 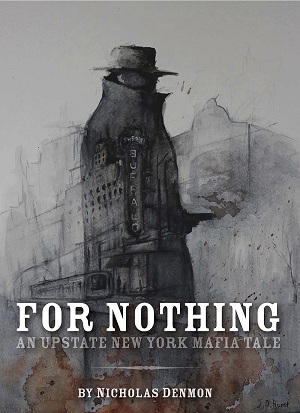 Blurb
Undercover cop Alex Vaughn goes deeper than ever into the organized crime family of Buffalo, NY. Motivated by justice and revenge, he seeks out the assassin that laid his friend Jack low.

Professional killer Rafael Rontego traverses the deadly politics of Buffalo’s mafia underbelly. In a city whose winter can be just as deadly as those wielding power, Rontego tries to stay ahead of the game.

Their two worlds collide in this epic thriller that takes the reader on a search for self, justice, and truth.

My Review
This was my first mafia book ever read and to be honest it won't be my last. Author Nicholas Demnon didn't leave anything out, described everything perfectly, and gave a little background for those, like myself, that may not know a thing about mafia. Like many of the previous reviewers on Amazon, I was sticking with the good guys throughout the story then jumped ship and fell for the bad guy.  I just couldn't help myself, he moved me with his story! I can't wait to start Buffalo Soldiers by Nicholas, the next book to follow this one in his amazing series!  My review will be Coming Soon right here to share with all of you!

Book Links:
For Nothing
Goodreads
Buffalo Soldiers
Goodreads
Posted by Unknown at 12:00 AM
Labels: Guest, Review