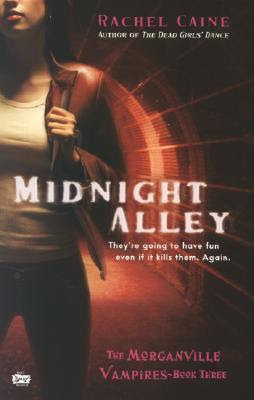 Morganville is such a nice place to live... And die. If you don’t mind that sort of thing.

When Claire Danvers learnt that her college town was run by vampires, she did what any intelligent, self-preserving student would do: she applied for a transfer and stocked up on garlic. The transfer is no longer an option, but that garlic may come in handy.

Now Claire has pledged herself to Amelie, the most powerful vampire in town. The protection her contract secures does little to reassure her friends. All of a sudden, people are turning up dead, a stalker resurfaces from Claire’s past, and an ancient bloodsucker extends a chilling invitation for private lessons in his secluded home.

This series just keeps getting better and better.  I cannot express that enough.  I though that after there were so many vampire stories out there that I would lose interest and that is not the case! I just love Rachel Caine's work and her writing skills are amazing!

After Claire Danver's takes up with Amelie by signing up for her protection.  Claire's status at school changes, Monica (the most popular girl in school) wants to be her friend.  Shane has now become Claire's boyfriend, not just a boy friend anymore.  Michael has come out of the closet letting those closest to him, Eve, Shane and Claire know him on a deeper level.  He's become one of them, and not just any one of them but also under Amelie's protection.

Claire's parents worry about her, Shane thinks she is nuts for even thinking of allowing the Drama Queen Monica have anything to do with her.  Michael has to learn control...  Eve just needs to attract the right person for sake of being with the wrong man one too many times... 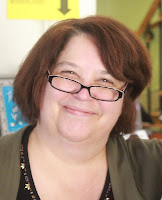 About the Author
Rachel Caine is the #1 internationally bestselling author of more than thirty novels, including the bestselling Morganville Vampires series, the Weather Warden series, the Outcast Season series, and the new upcoming Revivalist series. She was born at White Sands Missile Range, which people who know her say explains a lot. She has been an accountant, a professional musician, and an insurance investigator, and until very recently continued to carry on a secret identity in the corporate world. She and her husband, fantasy artist R. Cat Conrad, live in Texas.

Posted by Unknown at 5:00 AM
Labels: Review